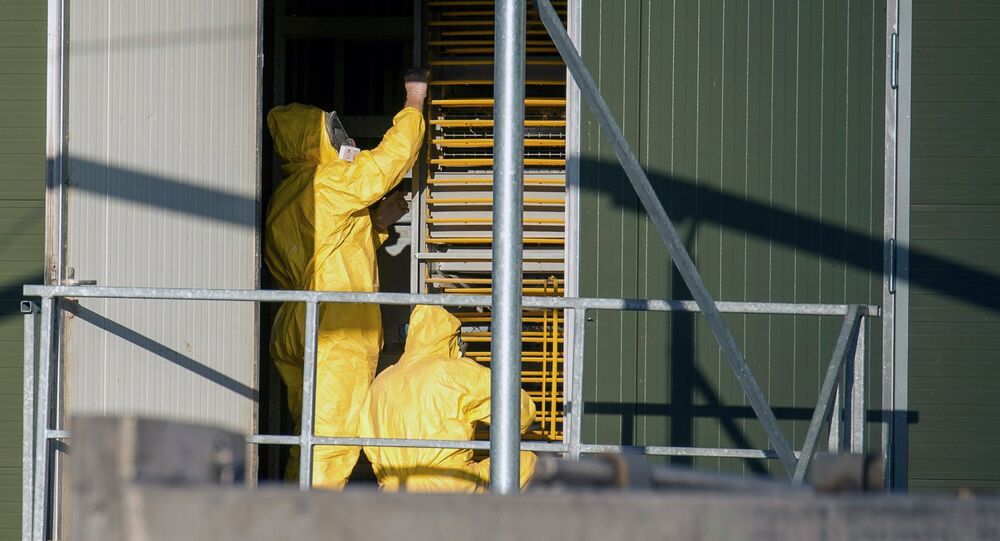 The first case of a human contracting the H7N9 strain of avian influenza has been registered in China's northern province of Shanxi, local media reported Wednesday.

© AP Photo / CDC, C.S. Goldsmith, T. Rowe
China Registers 6 New Cases of H7N9 Bird Flu
BEIJING (Sputnik) — A 66-year-old woman from the city of Datong was diagnosed with the avian virus and has since been hospitalized, the Xinhua news agency said, adding that the patient remains in grave but stable condition. Those who were in contact with the woman did not reportedly show any symptoms of infection.

The first case of a human contracting avian influenza virus was registered in China in March 2013. In January and February, the outbreaks of the H7N9 strain were recorded in a number of Chinese regions, while in March alone, a total of 47 died and 96 were infected from the disease, the news agency detailed, citing the national health and family planning commission.

According to the World Health organization (WHO), avian influenza H7N9 is a subtype of influenza viruses detected primarily in birds, but human cases have been recorded since 2013. The asymptomatic disease is particularly dangerous because it has the potential to make patients severely ill.