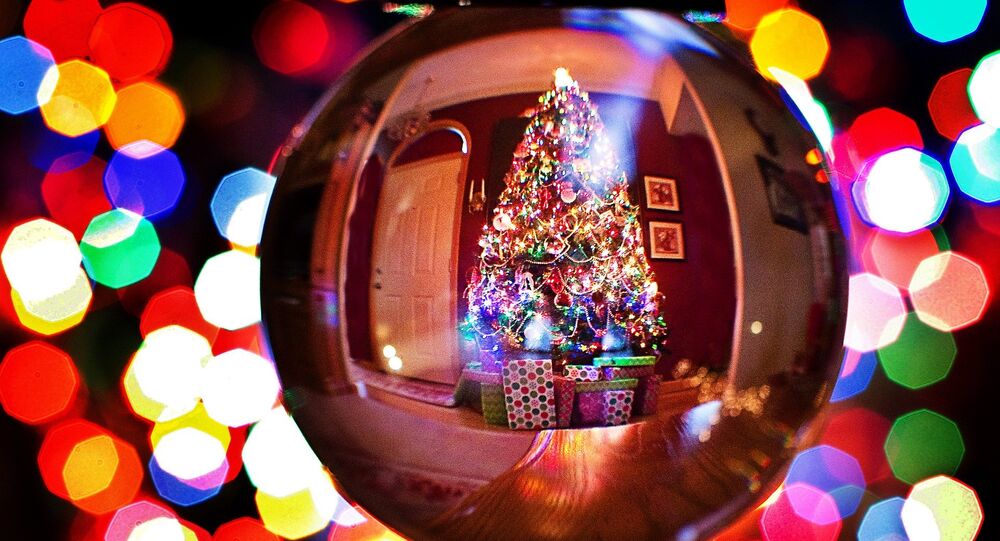 A Danish school has unwittingly provoked a nationwide debate with its divisive decision to scrap a Christmas service in the local church, which many interpreted as a concession to Islam.

The Gribskolen school in the tiny Danish town Græsted has gained an unparalleled level of attention after its decision to cancel a Christmas worship. This decision came under a storm of criticism from Danish netizens and politicians alike, Danish Radio reported.

The two main points of criticism are that canceling Christmas service undermines a long-standing Danish tradition and constitutes "taking a knee" to Islam, as the very same school last year held a "Syrian week" during which pupils learned about the Muslim faith and the holy month of Ramadan, tried Syrian food and danced Syrian dances, the Den Korte Avis outlet reported.

The decision to cancel Christmas service was taken in the spring, yet only reached the public now when the parents were first informed about the decision.

"This is completely askew. You must not cancel your traditions as misunderstood attention to some students," Education Minister Merete Riisager said.

Gribskolen board leader Charlotte Orland Pedersen, however, was disappointed by the public's reaction. She pointed out that at least eight different faiths are represented among the pupils, stressing that the Christmas service was not dropped specifically for the sake of Muslim students. By her own admission, she has not heard of parents who complained about the decision. By contrast, numerous parents previously asked for their kids to be relieved of obligatory participation. She also added that religious education must not include preaching.

School Director Association chairman Claus Hjortdal argued that there was nothing wrong with dropping the traditional service for the sake of non-Protestant students.

"There is no place in the school law that makes it obligatory to go to church, and there are many schools that have never ever done that," Claus Hjortdal said.

© Sputnik / Said Tsarnaev
Have a Very Quran Christmas! - Norwegian School's Wish to Pupils
However, local parish priest Ole Backer Mogensen called it "overdramatizing" to use the word preaching in connection with the Christmas service.

"If Christmas is reduced to Søren the Banjo Mouse [a popular Danish Christmas song for kids], there won't be any room left toaddress some of the deeper themes around Christmas, such as promoting peace and goodness between people, finding a homes in the midst of rootlessness and so forth," Ole Backer Mogensen wrote in an opinion piece in the local Netavisen newspaper.

Church Minister Mette Bock acknowledged the schools are free to decide whether they will hold Christmas services, but expressed hope that other schools won't follow Gribskolen's example.

"It's an expression of disregard for religion and tradition, which increasingly characterizes our society," Mette Bock said, encouraging dissatisfied parents to protest the cancellation of Christmas services. Bock ventured that Danish society has become too shy to even talk about faith, tradition and history in a process she called "impoverishment."