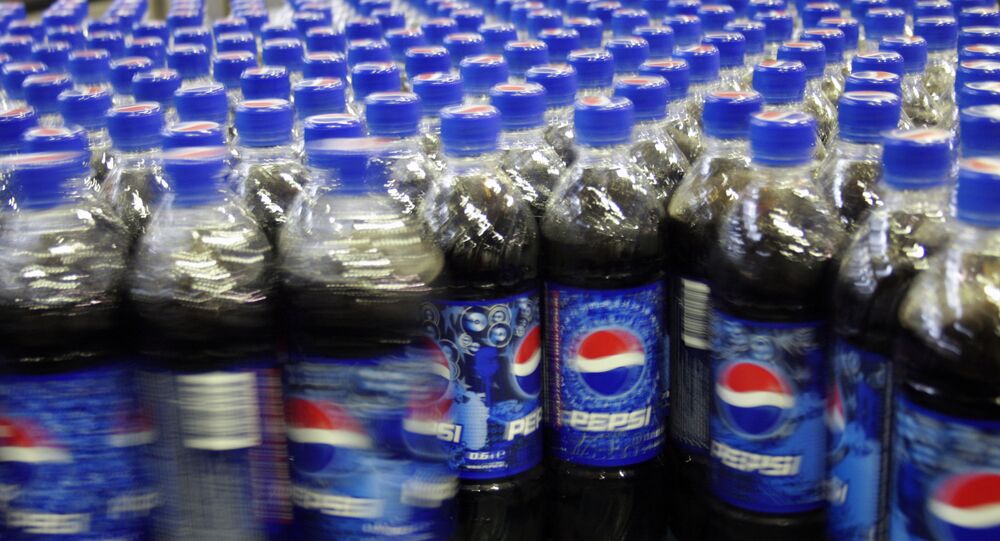 Soft drinks giant Coca-Cola bashed Georgia's latest election integrity reforms, with CEO James Quincey releasing a statement on 1 April saying the company, which has “long championed efforts to make it easier to vote" is “disappointed" with the legislation.

Coca-Cola has found itself under fire and has been demonstratively kicked to the curb by some angry Republicans in favour of rival soft drink manufacturing giant Pepsi amid an escalating row over Georgia's controversial overhaul of state elections.

Georgia House of Representatives Speaker, Republican David Ralston demonstratively opened a Pepsi can before TV cameras after ending a legislative session on 1 April after Coca-Cola joined a chorus of voices decrying Georgia’s update to the election legislation.

​Amid a heated exchange of broadsides between GOP lawmakers and corporate businesses in the state, a group of eight Republican lawmakers have sent a letter to the president of the Georgia Beverage Association requesting that Coca-Cola products be removed from their offices. The missive was ostensibly prompted by a move by the company's CEO James Quincey to openly criticise the state's latest election integrity reforms.

"Given Coke's choice to cave to the pressure to an out-of-control cancel culture, we respectfully request all Coca-Cola Company products be removed from our office suite immediately," wrote the lawmakers in the letter cited by the Atlanta Journal-Constitution.

Coca-Cola has provided free drinks for lawmakers' offices for decades, according to the outlet.

The beverage giant has its headquarters in Atlanta and employs about 4,000 Georgians.

Signed into law on 25 March, Georgia's latest election integrity reforms require photo ID for absentee ballots, remove improper names from mail distribution lists, halt the acceptance of absentee ballots within 11 days of an election, prohibits third-parties from giving gifts to voters standing in line at a polling place, and enforce sanctions for violations.

The measures, conceived by the GOP as a “secure” response to the last presidential race, which was marred by allegations of voter ‘fraud’ and ‘rigging’, have been denounced by Democrats as violation of voting rights.

If "Coca-Cola wants Black and brown people to drink their product, then they must speak up," Bishop Reginald Jackson was cited as saying during a rally on 25 March.

Amid the escalating row, Coca-Cola, Major League Baseball, Delta, JPMorgan Chase, and other companies have sided with critics of the legislation.

In response, former President Donald Trump slammed the Georgia-headquartered companies and sport clubs over what he called "interference" in America's "free and fair elections."

On 2 April, Trump called for boycotting Major League Baseball (MLB), Coca-Cola, Delta, and other "woke companies", as he referenced “cancel culture” and accused the left of ‘rigging’ the election.

​He called upon supporters to boycott Coca-Cola, Major League Baseball, Delta, JPMorgan Chase, and other companies, that have expressed opposition to the Georgia voting law.

“Don't go back to their products until they relent. We can play the game better than them," Trump said in a statement.

Just had a terrific meeting with President Trump! pic.twitter.com/jGyAnURAky

However, after former Trump adviser Stephen Miller posed on Twitter a photo from his recent meeting with the ex-POTUS, with what appeared to be a Coke bottle seen in the background, netizens weighed in.

Is that a coke bottle? It sure is. What happened to the boycott? Republicans are so fucking stupid. pic.twitter.com/dUhLaeVLnS

Uh-Oh, someone called for CocaCola to be boycotted but isn't boycotting them himself. Tsk tsk.

So, they want to punish Coke by having the drinks removed from the offices? Did they forget they were getting them free? Hell, this is going to SAVE Coke money.

Wrong color to be a Coke. Not sure what it is.

Governor Brian Kemp, who signed the bill, has responded to criticism by promising on Twitter to fight to make it “hard to cheat” in Georgia.

Major League Baseball may be scared of Joe Biden and Stacey Abrams, but we’re not. We will continue to fight to make it easy to vote and hard to cheat in Georgia. pic.twitter.com/sR718x1tTq