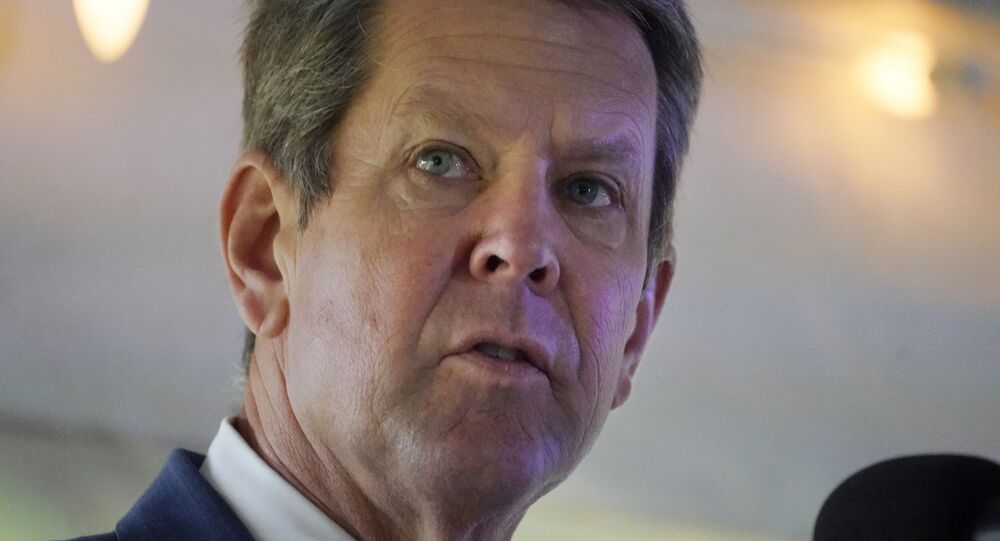 S.B. 202 - a Republican-backed, Georgia voting rights bill - calls for added ID requirements for absentee ballots, expanded in-person weekend voting and shorter runoff election periods in general elections. Those against the legislation have labeled it an effort to suppress voters after historic participation in the 2020 presidential election.

Shortly after the election reform bill passed on a party-line vote in the Georgia legislature on Thursday, Republican Governor Brian Kemp signed it into law, declaring soon after that it will allow the state to take "another step toward ensuring our elections are secure, accessible and fair."

The Georgia governor also appeared on Fox News Thursday, asserting that the new legislation in Georgia is "completely contrary to what they're trying to do in D.C."

"What this bill actually does is fight the rhetoric from those that are fund-raising off of this issue and polarizing it, to take away from the unconstitutional power grab of H.R. 1 that’s going on in Washington D.C. right now," he said. "It further secures our absentee ballots by mail by requiring a photo I.D., which the vast majority of Georgians support. It is also adding days of early voting on the weekends. We’re expanding the right to vote in Georgia."

I was proud to sign S.B. 202 to ensure elections in Georgia are secure, fair, and accessible. I appreciate the hard work of members of the General Assembly to make it easy to vote and hard to cheat. pic.twitter.com/1ztPnfD6rd

Indeed, the bill, among many things, calls for the submission of Georgia driver's license number or identification card for their absentee ballot to count.

"In order to verify that the absentee ballot was voted by the elector who requested the ballot, the elector shall print the number of his or her Georgia driver's license number or identification card issued," the bill details.

It also calls for an expansion to in-person, weekend voting.

However, many politicians in favor of H.R.1, also known as the 'For the People Act,' have claimed the GA bill seeks to cripple voting rights.

"Politicians in my home state and all across America in their craven lust for power launched a full-fledged assault on voting rights. They are focused on winning at any cost — even the cost of the democracy itself," Sen. Raphael Warnock said earlier this month.

Both 2020 US Senate races in Georgia went to runoff elections after neither candidate secured a majority of the votes in November. However, Senate runoff elections resulted in victories for both Democrats, including Warnock, who unseated now-former Sen. Kelly Loeffler (R-GA).

Hours before the bill was signed into law Thursday, Democratic election lawyer Marc Elias tweeted that he plans on taking Kemp to court over the legislation.

And an immediate lawsuit. I promise. https://t.co/LcIXFBvcOT

"The role of courts is to protect voters when their elected officials fail them. Today Georgia enacted an extreme anti-voting law in furtherance of the big lie," Elias tweeted. "It will now be up to the judicial branch to right this wrong. Hopefully, in the meantime, Congress will pass H.R.1."

However, even some Democrats, such as Sen. Joe Manchin (D-WV), have said that the Democrats' current voting rights bill is not the answer to expanding voting.

Instead, Manchin, a more moderate Democrat, has called for a bipartisan version of the bill so that Congress may halt the trend of "America's declining trust in the government and each other."