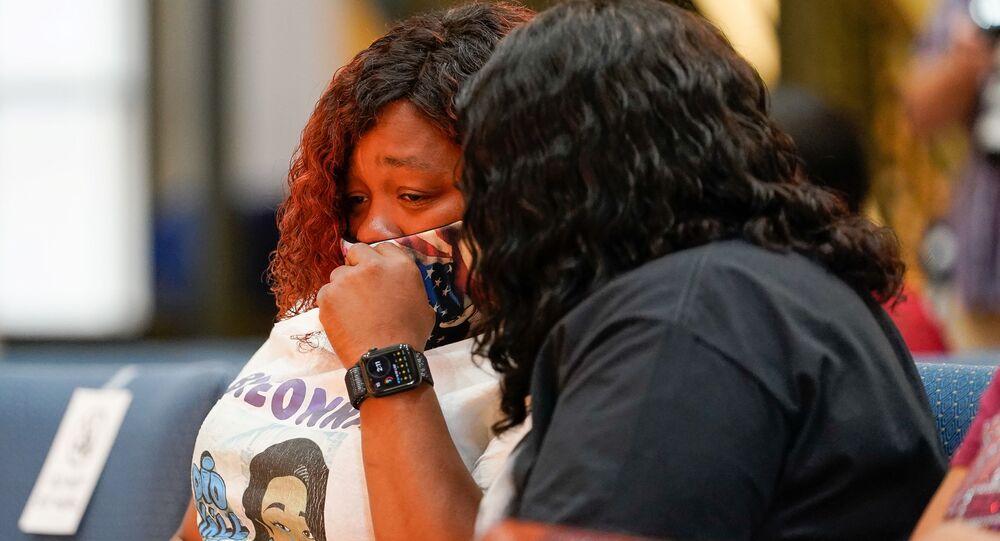 WASHINGTON (Sputnik) - Attorney Benjamin Crump, who is representing Breonna Taylor's family, said in a statement on Wednesday that the charges announced earlier in the day against a former police officer in connection to the 26-year-old Africa American woman's death are outrageous and offensive.

"Jefferson County Grand Jury indicts former [officer] Brett Hankison with 3 counts of Wanton Endangerment in 1st Degree for bullets that went into other apartments but NOTHING for the murder of Breonna Taylor. This is outrageous and offensive," Crump said in a statement via Twitter.

Earlier on Wednesday, a US grand jury in Jefferson County, Kentucky, indicted Hankison with three counts of wanton endangerment in the first-degree after shots he fired during the police raid of Taylor's apartment went into an apartment next door and seriously endangered the three residents inside.

US Judge Annie O'Connell issued a warrant for Hankison's arrest and his bond was set at $15,000. If convicted on all three counts, Hankison could face up to 15 years in prison.

Kentucky Attorney General Daniel Cameron announced earlier in the day that the use of force by two police officers in Breonna Taylor's death in March was justified under state law after they were fired upon by Taylor's boyfriend. Cameron said this justification bars them from pursuing charges against the two officers.

Cameron added that, according to evidence, the police officers knocked on the Taylor apartment’s door and announced their presence - contrary to initial reports that police officers executed a no-knock drug search warrant late at night.

Cameron said the FBI is still conducting its investigation into whether any federal laws were violated by the officers.

Taylor was killed in March when three police officers executed a drug search warrant and her boyfriend allegedly fired a first shot fearing the entrants were burglars. The shot prompted the four police officers to unleash a hail of bullets on the house, hitting Taylor six times.

The killing of the 26-year-old African American medical technician was initially overshadowed by the onset of the novel coronavirus pandemic that began to sweep the country around the same time. Activists, celebrities and demonstrators have since made it a point to keep her name in the news cycle and call for justice over her death.

Louisville Mayor Greg Fischer announced last week that the city will pay $12 million to Taylor's family as part of a settlement for her death.