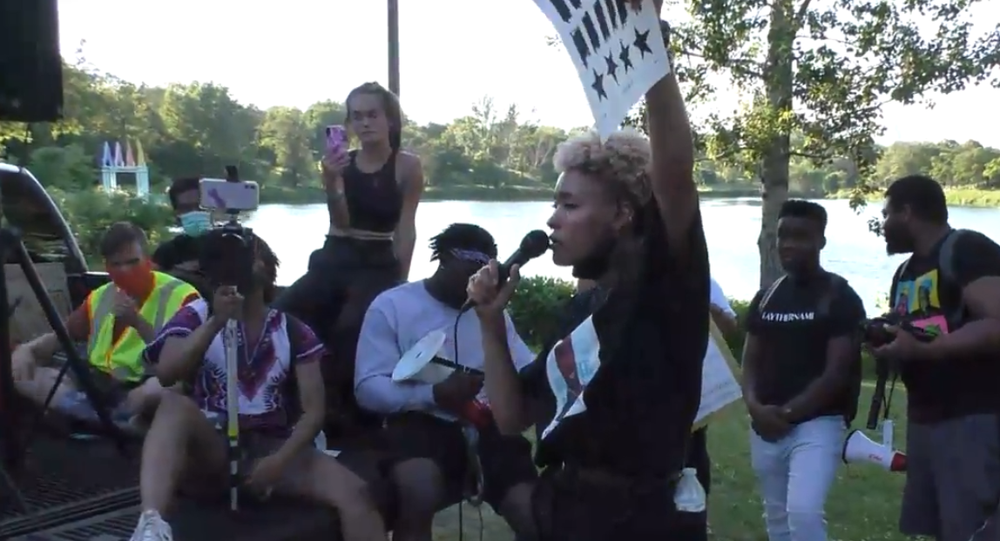 Kentucky State Attorney Daniel Cameron is investigating three Louisville Metro Police Department officers involved over the March 13 shooting of Breonna Taylor, and is expected to bring the case before a grand jury this week.

The US city of Louisville has agreed to pay 12 million in compensation to the family of a black healthcare worker killed in a botched police raid.

Mayor Greg Fischer announced the payment to Breonna Taylor's family and reforms to the Louisville Metro Police Department on Tuesday, as part of the settlement of a wrongful death lawsuit filed against the police.

"I'm deeply, deeply sorry for Breonna's death," Fischer told reporters. "My administration is not waiting to move ahead with needed reforms to prevent a tragedy like this from ever happening again."

Kentucky State Attorney Daniel Cameron is investigating the officers involved over the shooting, which sparked months of protests in the city., and is expected to bring the case before a grand jury this week to determine whether charges can be brought.

Taylor, who was 26 and worked as an emergency room technician, was fatally shot on March 13 when three plain-clothes narcotics officers made a 'no-knock warrant' raid on her apartment.

The detectives were looking for two suspected drug dealers who were not present at the time. Taylor's boyfriend Kenneth Walker opened fire on the officers, later insisting they failed to identify themselves as police. The officers fired over 20 shots in return, eight of which struck the unarmed Taylor.

In June, the police department fired one of the three officers, detective Brett Hankison, for displaying "extreme indifference to the value of human life" when he fired ten bullets into Taylor's apartment. The two other officers have been reassigned to administrative duties.