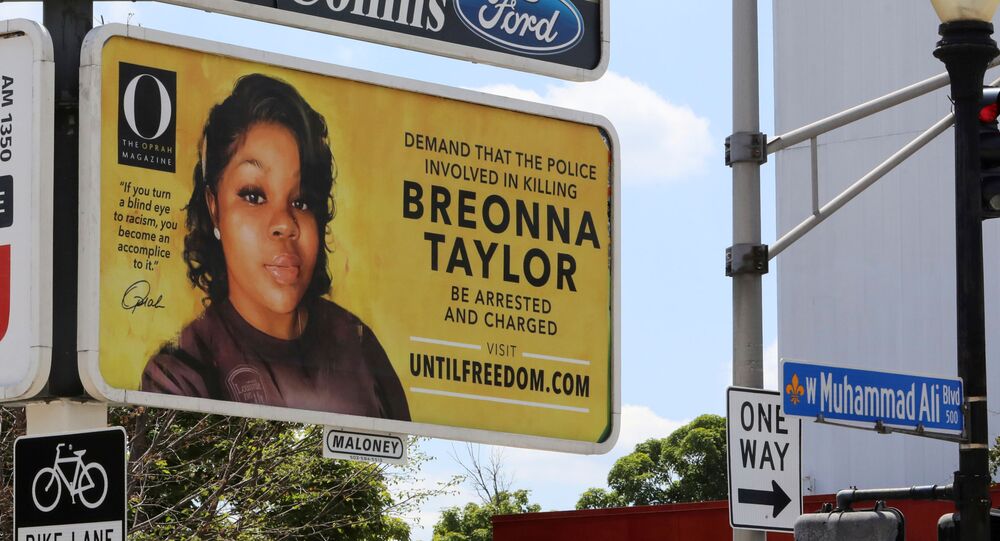 In March, Breonna Taylor, a 26-year-old Black woman, was shot to death in her own home in Louisville, Kentucky by three narcotics officers executing a “no-knock” search warrant.

A Kentucky grand jury on Wednesday indicted a police officer on three counts of wanton endangerment for shooting into neighbouring apartments during a narcotics raid that resulted in the death of African-American woman Breonna Taylor. The jury stopped short of levying criminal charges against any officers for the death of the woman, who was shot multiple times by officers who broke into her apartment in March as part of an anti-narcotics raid.

Kentucky Attorney General Daniel Cameron said following the jury's decision that the two other officers who broke into Taylor's apartment did not use a no-knock warrant.

"According to Kentucky law, the use of force by (Officers Jonathan Mattingly and (Myles) Cosgrove was justified to protect themselves. This justification bars us from pursuing criminal charges in Miss Breonna Taylor's death."

The statement came shortly after Louisville Mayor Greg Fischer announced a 72-hour curfew for the city earlier in the day, saying, “no matter what Attorney General Cameron announces, I urge everyone to commit, once again, to a peaceful, lawful response”.

The move was preceded by Fischer saying last week that the city administration would pay $12 million in compensation to Breonna Taylor's family and carry out reforms in the Louisville Metro Police Department as part of a settlement of a wrongful death lawsuit filed against the police.

“I'm deeply, deeply sorry for Breonna's death. My administration is not waiting to move ahead with needed reforms to prevent a tragedy like this from ever happening again”, the mayor told reporters.

Breonna Taylor, a 26-year-old Black woman, who worked as an emergency room technician, was fatally shot on 13 March, when three plain-clothes narcotics officers made a “no-knock warrant” raid on her apartment.

The detectives were looking for two suspected drug dealers who were not present at the time. Taylor's boyfriend Kenneth Walker opened fire at the officers, later insisting they had failed to identify themselves as police. The officers fired over 20 shots in return, eight of which struck the unarmed Taylor. No narcotics were found in Taylor’s home.

© AP Photo / Chris Pizzello/Invision
LeBron James Wears Altered MAGA Cap Calling For Justice For Breonna Taylor
In June, the police department fired one of the three officers, detective Brett Hankison, for displaying "extreme indifference to the value of human life" when he fired ten bullets into Taylor's apartment. The two other officers have been reassigned to administrative duties.

Taylor’s shooting along with the death of Black man George Floyd at the hands of a white Minneapolis police officer in May sparked wide-scale protests against racism and police brutality across the US.