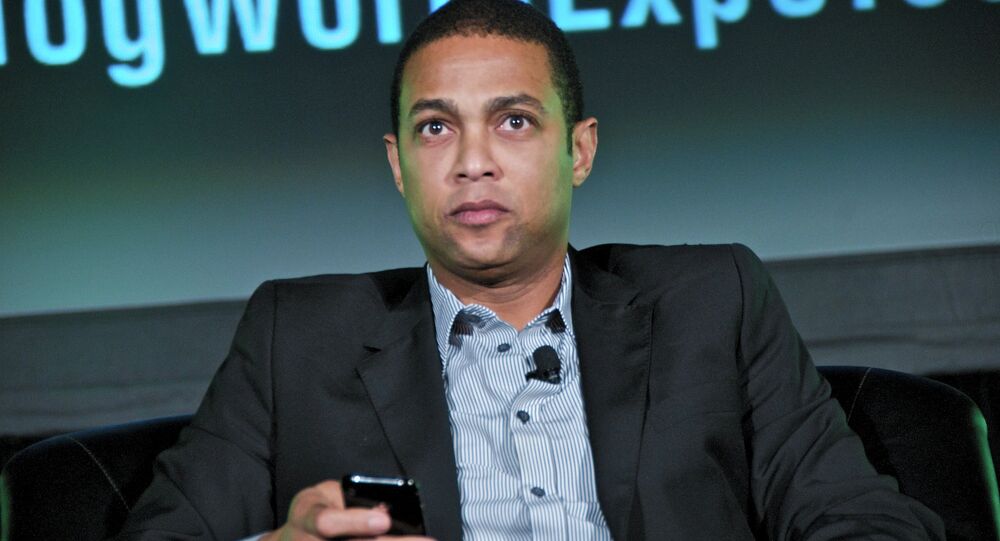 Fellow CNN host Chris Cuomo tried to point out to Don Lemon that judges cannot re-write the US constitution, and Democrats would need a three-quarters majority in every one of the 50 state legislatures to do so, but Lemon was unperturbed.

During his nightly handover exchange with Cuomo Prime Time host Chris Cuomo on Monday night, the outspoken anchor said Democrats could "stack the courts" and use judges to abolish the electoral college system of presidential elections. His comments crew fire from Twitter conservatives.

"You're going to have to get rid of the Electoral College," insisted Lemon. "Because the minority in this country get to decide who our judges are and who our president is. Is that fair?"

Cuomo, the brother of Democratic New York Governor Andrew Cuomo and son of former governor Mario Cuomo, pointed out "You need a constitutional amendment to do that."

© AP Photo / Colin Young-Wolff
Ben Shapiro Trashes CNN's Don Lemon Hosting Democratic Debate for ‘Calling Trump Voters Racist’
Lemon was having none of it though, and insisted that judges could change the US constitution alone.

"And if Joe Biden wins, Democrats can stack the courts and they can do that amendment and get it passed," he claimed.

"Well, you need two-thirds vote in the Congress and three-quarters of the state legislatures," Cuomo corrected him again. Lemon was undaunted however, and blithely replied: "They may be able to do that."

​President Donald Trump has sparked outrage among Democrats in recent days by insisting he has the right to appoint a replacement for late liberal Supreme Court justice Ruth Bader Ginsburg, who passed away at the age of 87 on Friday. Ginsburg's death gives Trump and the Republican-controlled Senate have the opportunity to stack the Supreme court with a 6-3 majority of conservatives.

Only four of the 45 US presidents have won an election with fewer votes overall than their opponent, including George W Bush in 2000 - but not 2004 - and Trump in 2016.