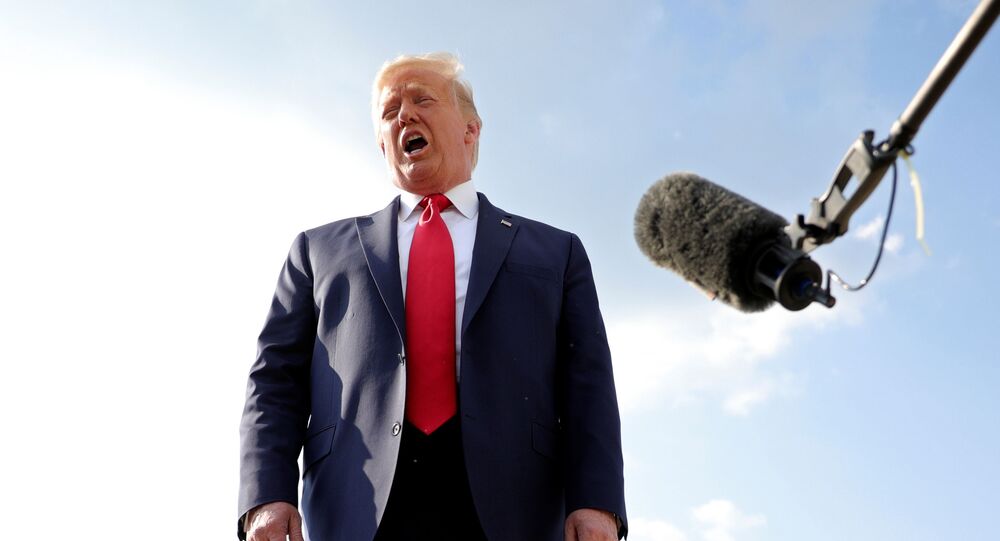 In late June, anonymous intelligence sources told The New York Times that Russia had been offering Taliban fighters cash rewards for killing US and coalition troops in Afghanistan, and alleged that President Trump was informed about it but did nothing. Trump, Moscow, and the Taliban itself have all dismissed the allegations.

The Trump administration has narrowed down its search for the NYT ‘Taliban bounties’ story’s intelligence sources to fewer than 10 people, Politico has reported.

The individuals in question are believed to have had access to the original intelligence reports featuring the bounty claims, which the president said he never received due to lack of corroboration.

White House Chief of Staff Mark Meadows vowed to pursue the leakers in court, and promised that they would “go to jail” for their alleged infractions.

CIA Director Gina Haspel offered a more muted criticism, saying only that “leaks compromise and disrupt the critical interagency work to collect, assess, and ascribe culpability,” and promising to “continue to pursue every lead” regarding “hostile states’ use of proxies in war zones” against US forces.

On Monday, the Taliban reiterated that the claims made in the NYT report were “false,” with Suhail Shaheen, peace process negotiator for the group in Qatar, saying the group considers the claims of collusion with Russia a deliberate invention by Afghanistan’s intelligence services to derail the Afghan peace process.

© REUTERS / Luis M. Alvarez
Not How 'System Works’: Bolton Dismisses Trump Claim He Wasn’t Informed of ‘Russia Bounty’ Report
Last Friday, a week after the publication of its original report, NYT admitted that the US “lacks direct evidence” on the Russia-Taliban “bounties” claims, citing a new memo which ascribed the level of confidence in the claims as one that “falls short of near certainty.”

Moscow, which fought the Taliban’s CIA-sponsored predecessors in the 1980s, dismissed the bounties claims as “blatant lies."

Despite the lack of evidence, Trump’s Democratic rivals in Washington have pushed for new action against Russia, with Senator Bob Menendez, ranking Democrat on the Senate Foreign Relations Committee, formally moving last week to introduce an amendment into the 2021 National Defense Authorization Act to impose asset freezes on President Vladimir Putin, Defence Minister Shoigu, and other senior Russian officials, and to ban their entry into the United States. The amendment also calls for banking restrictions on entities affiliated with the Russian defence sector, and expanded sanctions against Russian businessmen. Also last week, Russian Ambassador to the US Anatoly Antonov indicated that Embassy staff had received threats against their lives in the wake of the unsubstantiated bounties reporting.