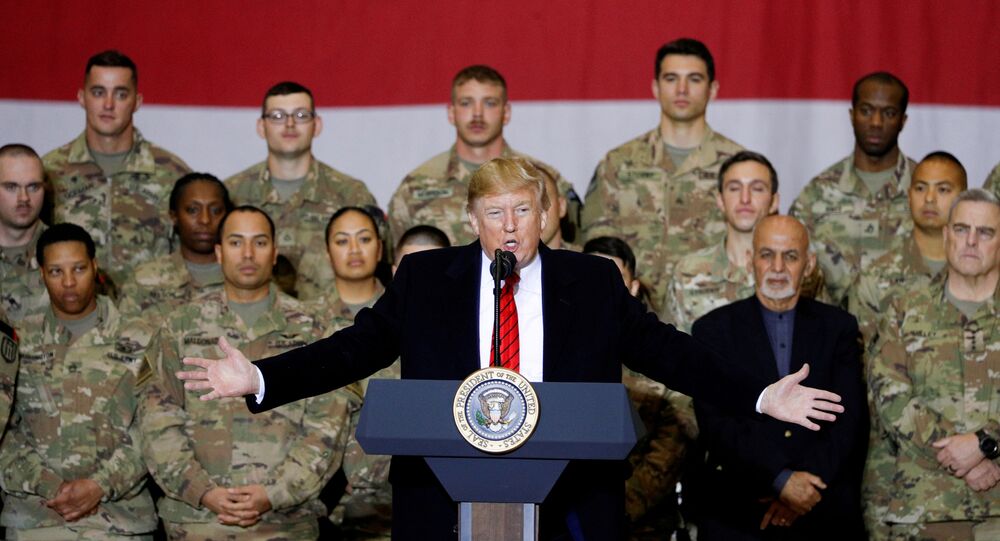 The New York Times report claiming that President Trump saw a piece of intel saying Russia paid Taliban to attack American soldiers, was repeatedly denied by Washington, Moscow, and US intelligence community members. However, the story is still being treated as factual information by the US media and Trump's opponents alike.

Jack Reed, the top Democrat on the GOP-controlled Senate Armed Services Committee, has harshly condemned the US president's reaction to the publication of "intelligence" regarding "Taliban bounties" in the New York Times, arguing that POTUS should have taken action. Reed stated that Moscow's alleged payments to the Taliban for the killing of the US servicemen are something that "can’t be accepted".

"If there’s credible evidence that Russia is trying to entice Afghanis to kill American servicemen, that is a serious issue. That’s the type of information that has to be seized by the president," Reed said.

The Democratic senator pressed on, saying that POTUS should have at least confronted Russian President Vladimir Putin, to at least caution him against committing such acts in the future, noting that Senate committees members do not have the power to do such a thing.

Reed spoke of the report, published in the NYT, as an actual piece of intelligence, despite the newspaper citing an anonymous source. The veracity of the report purportedly obtained by the newspaper has been questioned by the US and Russian authorities, as well as by Taliban itself.

US President Donald Trump lambasted the report as "fake news" and questioned the very existence of the NYT source. POTUS added he has never been briefed on any report mentioning "Taliban bounties". His Chief of Staff, Mark Meadows, in turn, said that the people behind the leak were culpable of a crime and assured that they will be found. The same NYT later published a piece saying that The National Intelligence Council, and other US agencies had serious doubts regarding the Taliban bounties report and believed it lacked "direct evidence".

Moscow has refuted the allegations in the New York Times article that it had paid bounties to the Taliban for the killing of US troops and suggested that the American intelligence agencies might be interested in conducting such "leaks" to perpetuate their control over illegal sources of income in Afghanistan. The Taliban, a terrorist organisation banned in Russia, also denied the claims, alleging that the report was drafted to justify maintaining an American military presence in the country.