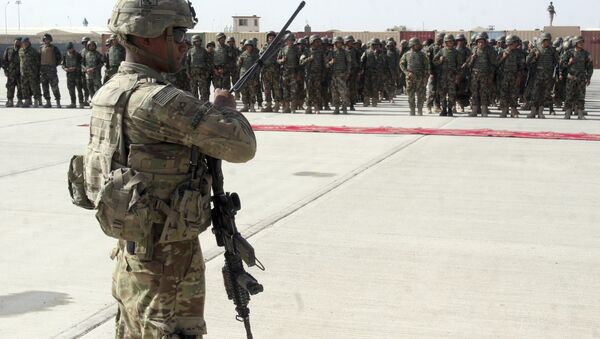 Tim Korso
All materials
A New York Times report claiming American intelligence agencies had information about Russia paying the Taliban for attacks on US forces has been denied by both countries’ governments, as well as by the American intelligence community itself. Despite this, the NYT has continued to publish articles based on the report, which is deemed fraudulent.

White House Chief of Staff Mark Meadows has vowed that those who leaked a confidential report to The New York Times that was used to draft its recent articles regarding Taliban attacks on American troops will be found and "go to jail" for their crimes. Meadows, who made his statements during an interview with former New York City Mayor Rudy Giuliani, noted that the people behind the leak had manipulated the report, withholding certain parts of it.

"Whoever leaked this — they didn't even leak the whole story. […] We know a crime was perpetrated. We're determined to get to the bottom of it. They're serious about the investigation", the top White House official said.

Meadows went on to stress that he expects more stories like the one recently published by The New York Times, as the presidential election is drawing close.

NYT Article Slammed as "Fake News" by Both US and Russia

In the story, originally posted on 2 June, the newspaper claimed, citing an anonymous source, that US intelligence had obtained information about Moscow allegedly paying the Taliban to attack American forces in Afghanistan and that the Trump administration didn't react to the report at all.

The report was, however, denied by all the mentioned parties. Moscow rejected the claims as "fake news" aimed at disrupting the Afghan peace process. The Russian Foreign Ministry alleged that the US intelligence community is opposed to it in order to maintain sources of illegal income, such as drug trafficking and kickbacks on military contracts.

The White House also denied the information presented in the article, with Mark Meadows saying that the administration had never received any intelligence that would support such claims. US President Donald Trump, in turn, specifically dismissed the allegation that he was briefed on the report and did nothing about it, indicating that he had never seen any piece of intelligence that would suggest that Moscow was paying Taliban for attacks. POTUS also openly questioned the very existence of the “anonymous source” that the newspaper cited and labelled the article as a "phony hit job".

The Taliban, which struck a deal with Washington that could eventually lead to American troops withdrawing from Afghanistan, also brushed off the allegations. The movement, which is banned in Russia as a terrorist organisation, alleged that the report was designed to thwart the peace process and the US pull-out from the country.