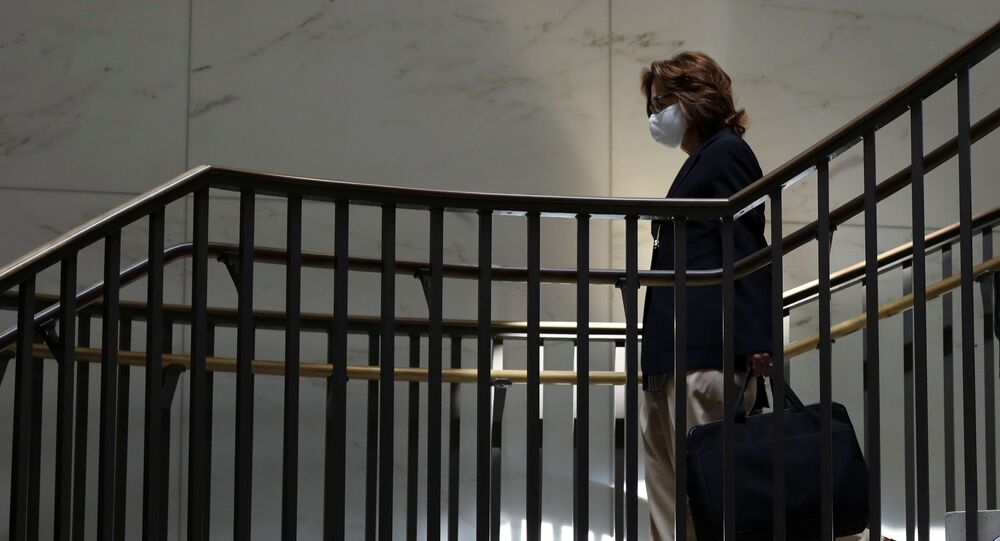 NYT: Intelligence Officials Say There is 'Lack of Direct Evidence' on Russia-Taliban 'Collusion'

Despite the absence of evidence and waves of criticism from all sides regarding the media allegations that Russia offered bounties to the Taliban for killing American soldiers, some US officials continue to groundlessly demand sanctions on Moscow over the report.

The New York Times has released a fresh piece citing a newly-released memo by The National Intelligence Council, saying that the government "lacks direct evidence" on the Russian-Taliban "bounties" case.

The level of confidence that Russia did "collude" with the Taliban in order to offer rewards for killing US soldiers was described in the new memo as "medium", which The New York Times added "falls short of near certainty". Meanwhile, other agencies have expressed their confidence level to be even lower, saying they "did not have information to support that conclusion at the same level".

"But, the two officials who discussed the memo in greater detail said, it stressed that the government lacks direct evidence of what the criminal network leaders and G.R.U. officials said at face-to-face meetings so it cannot say with any greater certainty that Russia specifically offered bounties in return for killings of Western soldiers", said the report.

Even after having admitted to not obtaining credible evidence of their allegations, the NYT report goes on to cite concerns voiced by several officials that the "assessment of the suspected Russian bounty programme could be politicised".

“These products are never definitive, ever — there’s always caveats and holes and judgments and qualifications. The White House has portrayed it as not verified, but it’s never verified, so that struck me as misrepresentation. It would be very easy, if you want to take a different spin, to draw those out and amplify the ways it’s inconclusive", former director of the National Counterterrorism Centre Matthew G. Olsen said.

The reported memo seems to corrode almost every "reason" behind the allegations ever provided by the media. There is no direct evidence about the contents of the purported "talks" between "GRU" officials and the Taliban, no surveillance is provided to back up the assertions that the criminal ringleader's underlings told the interrogators about the Russian bounties, and the Defence Intelligence Agency admitted to not having information "directly connecting the suspected operation to the Kremlin".

Even the origin of the money allegedly "seized in a raid on a compound" wasn't confirmed as being related to a bounty.

Still, the report stuck to the idea that Donald Trump is to be blamed for not taking any action over the so-called "intelligence" that even The New York Times' unnamed officials described as uncertain.

The "Russian bounties" scandal erupted when The New York Times ran a story suggesting that Moscow had offered reward money to Taliban-linked militants to motivate them to kill US troops. The report was rejected by every side to the story: the Kremlin, the White House, the Defence Department and National Intelligence, and the Taliban itself.

Despite this, the hype behind the claims continued, with members of the Democratic Party accusing Trump of inaction and ignorance of the matter and demanding sanctions against Russia.