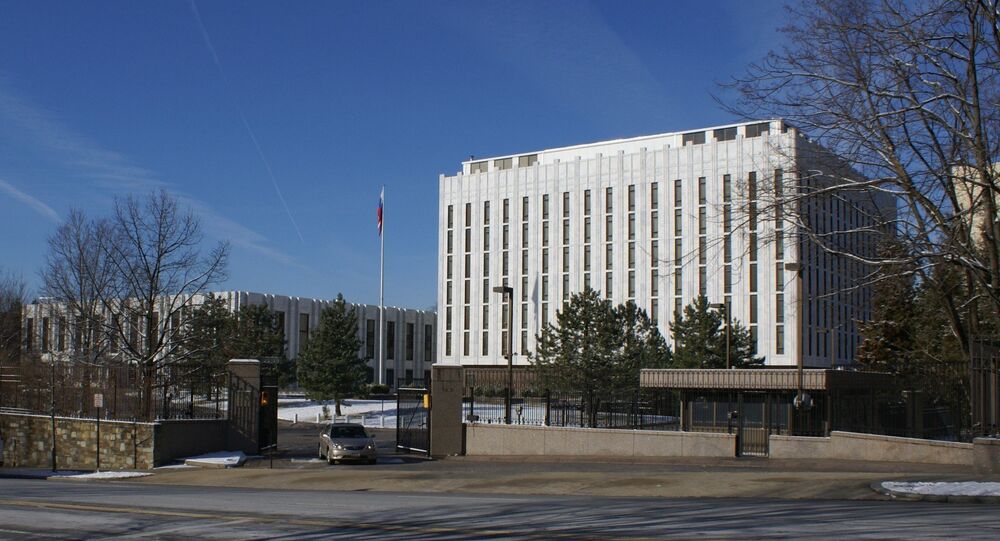 WASHINGTON (Sputnik) - The unsubstantiated allegations reported in the US media that Moscow offered bounties to Taliban-linked militants to assassinate US soldiers in Afghanistan are a lie aimed at disrupting cooperation between Russia and the United States, Russian Ambassador in Washington Anatoly Antonov said on Tuesday.

"First of all, I would like to emphasize that the statements circulated by the leading media are false. Without presenting any evidence, Russia is indiscriminately accused of utter sins," Antonov said. "They want to give the public the impression that our country is hindering the United States and its efforts in the fight against terrorism."

Antonov said those who perpetrated the allegations clearly had political goals in mind.

"Perhaps in the interests of those who oppose the development of a normal, mutually respectful dialogue between Russia and the United States," Antonov said.

The Russian official has also stated that the Russian embassy in the US has sent a request to the US State Department to conduct an investigation into threats posed on social media against Russian diplomats following fake news that Moscow has offered bounties for assassinating US soldiers in Afghanistan.

"Of course, we passed all the information about this to US law enforcement agencies. We have sent a note to the State Department demanding an investigation," Antonov said.

© REUTERS / Parwiz Parwiz
Trump Not Briefed on 'Unverified' Intel Allegations of Russian Collusion With Taliban - O'Brien
Earlier in the day, House of Representatives Intelligence Committee Chairman Adam Schiff stated that the United States should consider imposing additional sanctions against Russian in light of the allegations that it offered bounties to Taliban-linked militants to assassinate US soldiers.

On Friday, the New York Times ran an article citing unnamed intelligence officials as saying that President Donald Trump had been presented with an intelligence report claiming Russia could have paid bounties to Taliban-linked militants to assassinate US and coalition troops in Afghanistan.