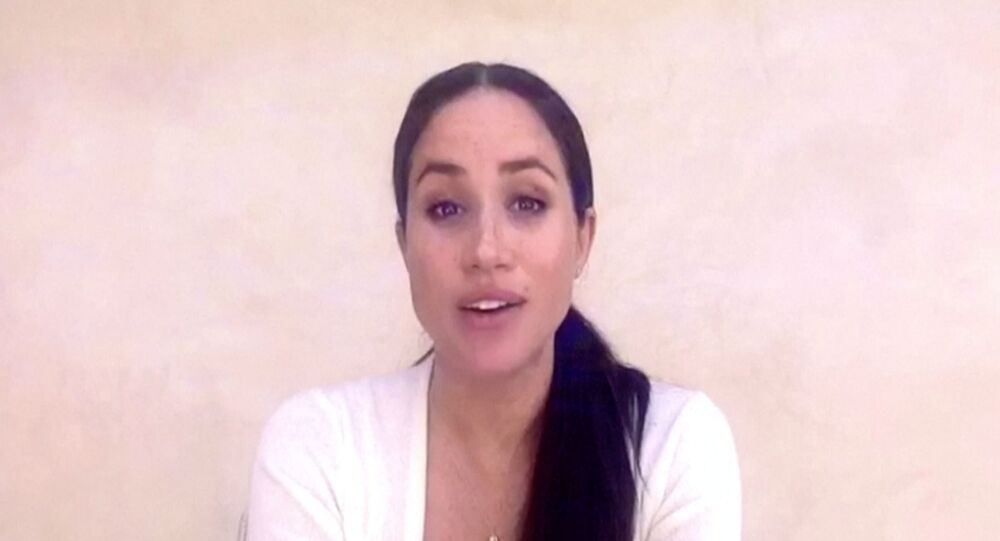 The United States, as well as many major cities around the world, are witnessing an ongoing wave of demonstrations against racism and police brutality in the wake of the murder of George Floyd and many other African-Americans who have died at the hands of white police.

Meghan Markle, the Duchess of Sussex and spouse of the UK's Prince Harry, feels that her “gnawing urgency to uproot from England” and move to the United States now makes sense, as the former royal believes she is “'destined” to assist in ending systemic racism in the US, the Daily Mail reported on Friday, citing an unnamed close friend to Markle.

The Duchess, now living in Los Angeles, California, her family hometown after resigning from the UK royal family with her husband Prince Harry in April, reportedly said it is her fate to have the opportunity to be at the “forefront” of the ongoing anti-racism movement in the US.

“Meghan said her work as a leader is more important than ever right now and that she’s been speaking with Oprah [Winfrey] and other community leaders on how she can be part of the solution,” the unnamed insider said, quoted by the outlet. “Meghan feels like her mission goes far beyond acting. She said she wants to use her voice for change and hasn’t ruled out a career in politics”.

Earlier this month, Markle gave a passionate speech on the unnecessary killing of George Floyd by police in a video address to the graduating class of the Immaculate Heart High School in Los Angeles, her former high school. The 38-year-old former royal stressed that Floyd’s life, as well as the lives of all African-Americans killed by the US police, matters.

Commenting on Markle's recent cutting off with former friend Jessica Mulroney after the latter threatened to prosecute African-American influencer Sasha Exeter following an  Instagram dispute over racism, the unnamed insider told the Daily Mail that the Duchess was “absolutely mortified” by the fashion stylist’s “tone-deaf” threats.

“Meghan is absolutely mortified that she’s been dragged into this complete mess. She said Jessica is in no way a racist, but the way she handled the situation [with the fashion influencer] was tone-deaf and heartbreaking,” a close friend who was not named told the newspaper. “Meghan said friends reflect friends and because of what’s at stake she can no longer be associated with Jessica, at least not in public. She has to do what she has to do in order to preserve her dignity and her own reputation”.

An ongoing wave of anti-racism and anti-police-brutality violence protests across all 50 of the United Satres as well as an in most major urban centers of the nation and many countries around the world was triggered by the killing of an African-American man, George Floyd, by white police officers in Minnesota’s city of Minneapolis on 25 May.