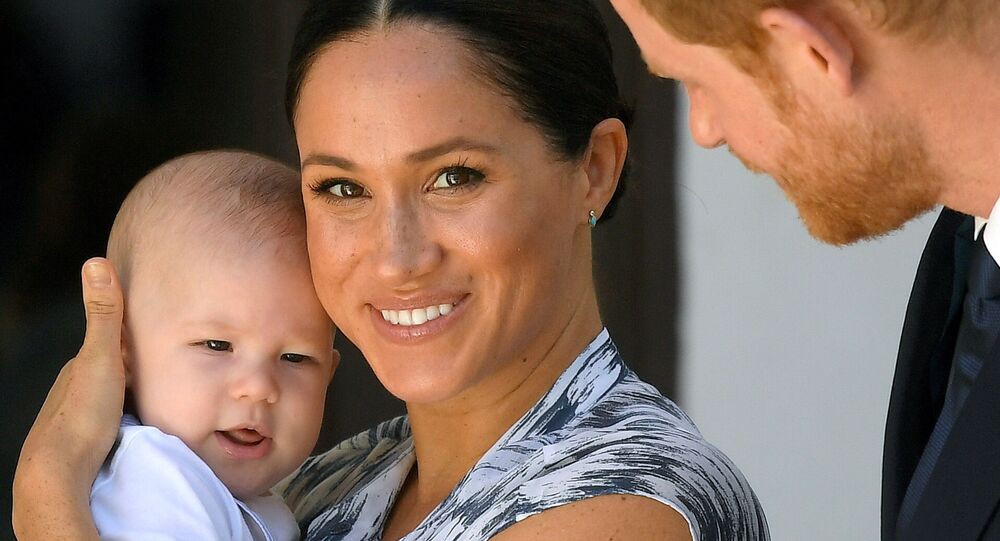 The former senior royals have recently moved to Los Angeles following a departure from their official duties in late March. They are now determined to live a “financially independent” life, but it’s not clear so far how the couple will finance their extensive security needs.

Prince Harry and Meghan Markle have been facing more and more media attention in the last month, as multiple drone flybys have been spotted over their temporary LA mansion hovering as low as 20 feet above their heads, prompting the couple to start fearing for their family’s safety, a source close to the couple told the Daily Beast.

The Sussexes are now set to hire their own personal security team, which they will finance from their own savings, as the insider dismissed reports that Harry’s father Prince Charles was about to pay a part of their security bill in LA. The source stressed that the Duke and Duchess decided to go on with the initiative as they feared that the multiple drone incidents reported at their house could have been related to something more serious, and not merely to the paparazzi’s attempts to snatch pics of one-year-old Archie.

“They see these drones coming in at them, and they guess that they are being operated by photographers, but they can’t just assume that. Meghan received racist death threats at the time of her wedding, so the terror threat is very real for them,” the couple’s friend told the Daily Beast.

“It’s like people forget they are real people. But this is a real family. They are not asking for any special treatment; they are just asking for the safety and security we all expect in our own homes to be respected.”

According to the report, at least five incidents related to drones have been officially registered by the Los Angeles Police Department at the couple’s Hollywood property, which is owned by Tyler Perry. Four of them took place last week, on the 19th, 20th, 21st and 25th May. The most recent drone activity was detected in the residential area on Memorial Day, when the couple was spotted playing with Archie outside their rented house.

“Imagine if you were in their shoes facing that, how that would feel? To have drones buzzing around 20 feet above your head when you are trying to play with your son?”, the source told the media, noting that the couple has been recently “chased” by paparazzi who were driving “erratically”. The incident left them shocked, sparking painful memories of Prince Diana’s death.

© CC BY 4.0 / Office of the Governor-General / Official calls and evening reception for TRH The Duke and Duchess of Sussex
Rumour That Meghan Markle 'Believed in Royal Conspiracy' Against Her Fuels Megxit Debate Online
It remains unclear though how the Duke and Duchess of Sussex will pay for their rising security needs, as they have now officially laid down their royal duties to live a “financially independent” life, moving to Meghan’s native LA via Canada. Prince Harry has already shared with some friends that he has been missing the army and the military appointments he was stripped of following Megxit, but it’s unclear so far which career the former senior royal will now pursue in the foreign land.
...
Reddit
Google+
Blogger
Pinterest
StumbleUpon
Telegram
WhatsApp
313
Tags:
Prince Charles, Duchess of Sussex, Duke of Sussex, UAV, Drones, Meghan Markle, Prince Harry, United Kingdom, US
Community standardsDiscussion