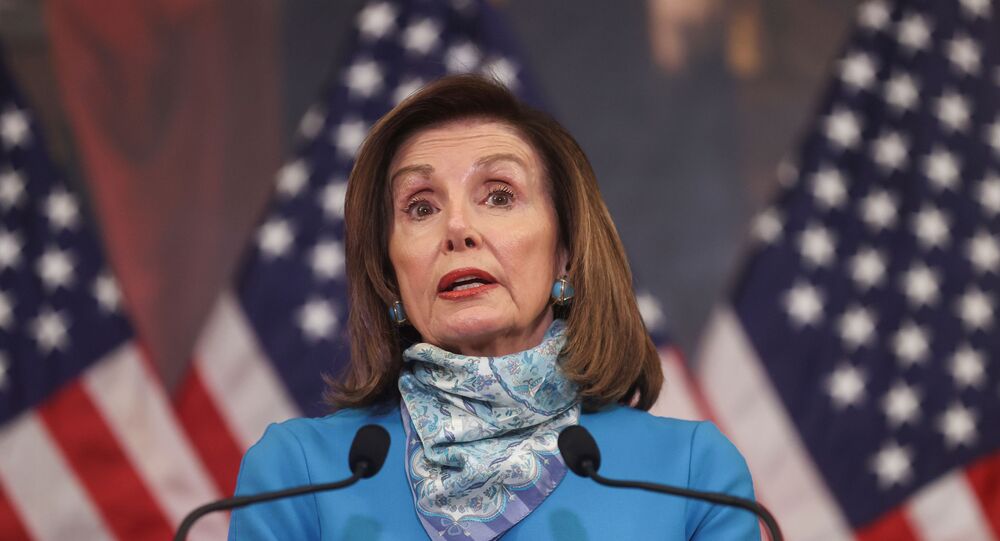 WASHINGTON (Sputnik) - US House Speaker Nancy Pelosi in a letter on Thursday asked President Donald Trump to clarify which law enforcement agencies have been engaged in policing protests in the nation's capital.

"I am writing to request a full list of the agencies involved and clarifications of the roles and responsibilities of the troops and federal law enforcement resources operating in the city," Pelosi said. "It is alarming that here in our nation’s capital, the thousands who have turned out peacefully have been confronted with the deployment of various security officers from multiple jurisdictions, including unidentified federal law enforcement personnel."

US Congress and the American people, she added, need to know "who is in charge, what is the chain of command, what is the mission, and by what authority is the National Guard from other states operating in the capital."

Pelosi expressed concerns over "increased militarization." A lack of clarity may lead to chaos, she added.

The top Democrat in the House reminded Trump that officers from different federal agencies safeguarded different landmarks in the US capital.

Earlier on Thursday, US Attorney General William Barr said that more than 100 law enforcement officers have been injured during violent protests in Washington, DC over the weekend and during this week.

Protests against police brutality and racism erupted throughout the United States following the death of an African American man, George Floyd, in police custody in Minneapolis, Minnesota on 25 May.

A video of Floyd's arrest showed a white police officer pressing his neck for almost nine minutes as the detainee was kept handcuffed laying on his stomach, repeatedly saying that he could not breathe. Floyd died shortly thereafter. However, the protests soon turned into riots complete with violence against officers and civilians as well as acts of property destruction.