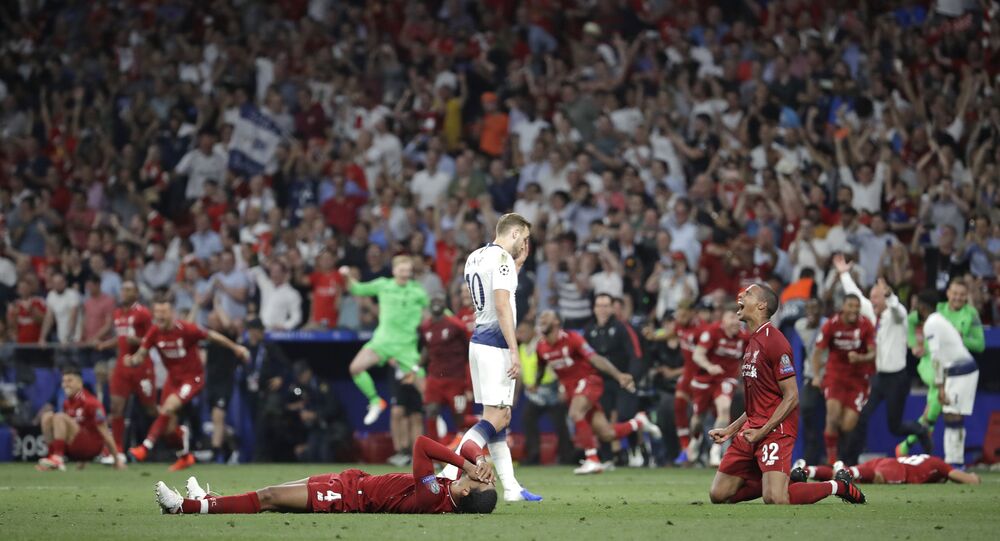 English Premier League club Liverpool earlier announced a multi-year kit deal with Nike starting from the 2020-21 season to replace the current one with New Balance after the league leaders successfully won a High Court dispute with the manufacturer in October.

The first image of what is believed to be Liverpool FC’s new Nike away kit for season 2019/20 has been leaked online.

The leak, appearing to show the new mint green strip, is allegedly attributed to Brazilian website Mantos do Futebol, who specialise in football strips and have been known to leak new kits before.

The new kit comes as the English Premier League club ends its five-year deal with New Balance, after sportswear giant Nike secured a deal said to be worth £30mln annually with Liverpool after a lengthy court tussle.

New Balance alleged the club was refusing to honor the terms of its deal, expiring in May, New Balance said it was entitled to renew its deal with Liverpool if it was able to match offers made from rival kit suppliers.

However, Liverpool argued New Balance could not match Nike's potential marketing and distribution, with the High Court in London ruling in the club's favor.

With the deal coming into effect on 1 June, it has been suggested that Liverpool may wear the new Nike strip to lift the Premier League trophy if the season is suspended until the summer due to coronavirus.

The leaked image of the green strip suggests it has a circular neck and features a pattern incorporating previous and new aspects of the club’s badge.

The Reds have been known to wear the green colour before. Liverpool first wore a green away strip in the 1991/2 season just ahead of the rebranding launch of the Premier League.

As Liverpool’s 18th and last championship triumph dates to 1990, some fans believe the choice of colour might be a nod to the football club’s former glory.

As the leaked images hit social media, fans were not wholly appreciative of the colour choice. On Twitter, users deplored who “came up with such ideas”.

@Nike if this is your idea of a Liverpool kit, you’re so far off the mark it’s unbelievable. Try again. pic.twitter.com/NizIZh8vsG

There is a leaked image of the next seasons away kit for @LFC by @Nike if it really is real it is so yuck, it is not even funny. Who comes up with such ideas?

If true, the design is shocking, don't mind the colour so much. But its a no from me pic.twitter.com/VV740KczRW

Waited all this time for a glimpse of a Nike liverpool kit and it looks like the bottom of a fucking swimming pool 🤢 https://t.co/V29mBlGkQi

Nike Liverpool 20-21 Away Kit Leaked
Jesus christ, we'll dazzle the opposition into submission next season as we sear out their eyes! This is how we'll be 20/21 Champions then?! I see what you're doing Nike!🤪😎 https://t.co/F8t8IBVGqO via @Footy_Headlines

“Stay at least 1.5 metres away from this jersey”.

Some fans were not as dismissive of the “leak”.

finally a liverpool leak. loved it

​After UEFA decided to postpone this summer’s European Championships, Liverpool, 25 points clear of Manchester City in the Premier League, within two wins of being crowned champions.

The Reds have never won the Premier League and it has been 30 years since they last won a top-flight title.

Onto the issues over how football can restart in England. Let's begin by saying there is zero chance of a ball being kicked on April 3, it's simply impossible as the country prepares to have movement limited further.

So that brings the question of when is realistic?