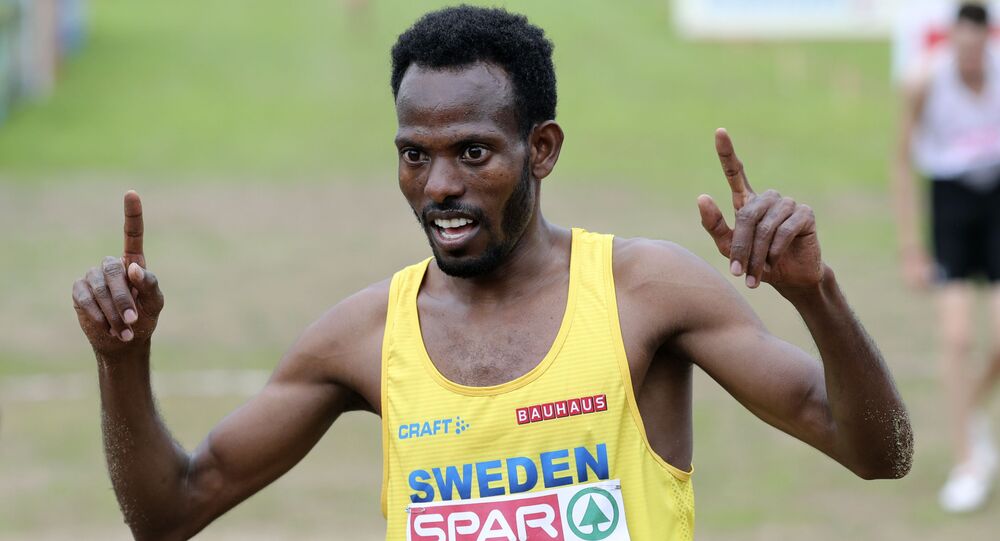 After medal-winning wrester and Olympic hopeful Jenny Fransson, Robel Fsiha, who won Sweden's first men's gold in cross country championships, became the second athlete in barely a week to be suspended for doping.

23-year-old Eritrean-born Robel Fsiha, who was granted Swedish citizenship only in 2018, risks losing his 2019 European Cross Country Championships and gold medal, as a doping test submitted last November has indicated the presence of an unauthorised substance, national broadcaster SVT reported.

According to Stefan Olsson of the Swedish Athletics Association, the test was performed in Addis Ababa and then transported to a laboratory in Lausanne.

“We in Swedish athletics we feel great seriousness and a great sadness. We are also determined, with our colleagues in athletics, to continue the fight for clean sports sport. We will continue day and night, 365 days a year”, Athletics Association General Johan Storåkers said.

“He is perplexed, desperate and sad, he says he does not understand how it went”, David Fridell of Fsiha's Spårvägen club said.

The 23-year-old won the terrain European Championships in Lisbon in December, the first Swedish athlete to ever accomplish this. Fsiha originally came to Sweden from Eritrea and became naturalised at the end of 2018.

​Silver medalist Aras Kaya, who finished 12 seconds behind Fsiha, has argued that he should be stripped of his gold.

“I'm disappointed in the guy. He cheated when everyone else was clean”, 25-year-old Kaya told Aftonbladet.