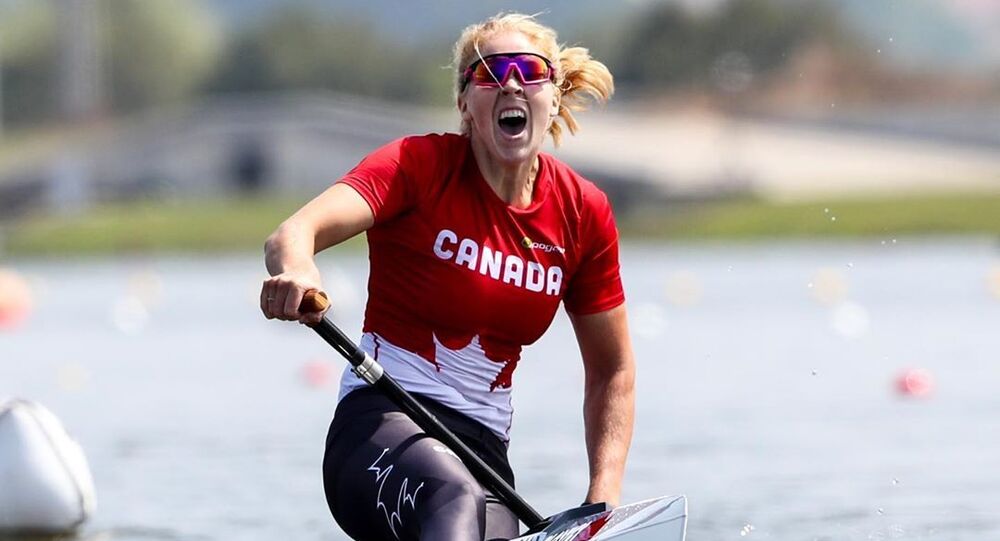 The world’s governing canoeing body has overturned the ban on Canadian athlete Laurence Vincent Lapointe following a five-month search for the cause of her failed drug test that led to her ex-boyfriend and his bodily fluids.

The International Canoe Federation said in a statement on Monday: “After taking into consideration scientific expert evidence provided by Ms Vincent Lapointe’s legal team, and also the miniscule traces of ligandrol found in the athlete’s sample, the ICF has accepted that Ms Vincent Lapointe did not knowingly take the illegal substance.”

“The ICF has accepted Ms Vincent Lapointe’s evidence which supports that she was the victim of third-party contamination, and has cleared her to return to training and competition immediately.”

Laurence Vincent Lapointe, an 11-times canoe world champion, was suspended from competitions after she tested positive in August for ligandrol, a potent selective androgen receptor modulator (SARM) used to stimulate muscle growth and banned by the World Anti-Doping Association. It can be ingested through saliva and semen.

The 27-year-old Canadian was forced to skip the world championships in August 2019 and was facing a four-year ban that would keep her out of Tokyo 2020.

The athlete denied taking the substance knowingly; her team revised the tests and had her supplements tested at a WADA-approved lab, before submitting a sample of her then-boyfriend’s hair for lab analysis.

“It’s pretty incredible,” Adam Klevinas, the lawyer representing Vincent Lapointe, said at a news conference in Quebec on Monday. “It took months to get results, and then at the end, we got the idea to analyse the hair of her ex and to test a product he finally admitted to taking.”

Tests discovered traces of ligandrol in her ex-boyfriend’s body; he apparently took it with SR9011, a performance-enhancing supplement he was using but wasn’t aware that the forbidden substance was in the product.

Klevinas said the man panicked when Vincent Lapointe was suspended and hadn’t mentioned consuming SR9011 before being asked about the presence of ligandrol in the results of his hair tests.

“Finally, he admitted to me that he had taken it the evening of July 25, before a soccer practice. And Laurence was tested on the morning of the 29th,” the lawyer added.

“He did soccer for fun,” Vincent Lapointe told CBC Sports on Monday. “He told me he was taking a supplement for side training but never mentioned anything else, so I didn’t think more about it. I don’t think he even knew he was using something that could affect me.”

“I was so mad that he could have been the source but, at the same time, I was so relieved that after months and months of looking for it, we had found how I was contaminated.”