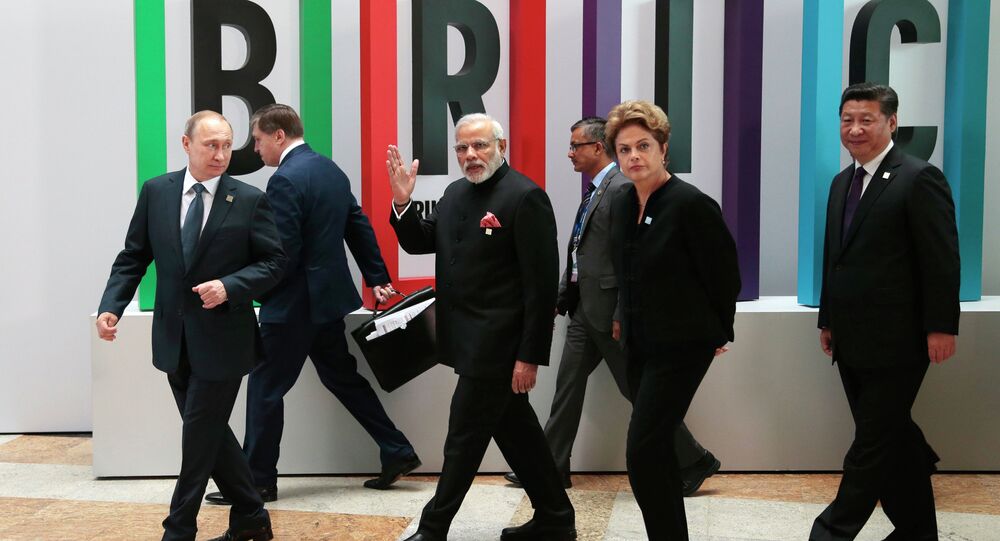 Brazil’s Senate votes on Wednesday to extend proceedings that have been frequently compared to the Netflix hit series 'House of Cards.'

​On Wednesday, the Brazilian Senate will vote on whether to suspend elected Brazilian President Dilma Rousseff for 180 days, pending an impeachment trial. The proceedings have been dismissed by Brazilian and international analysts as a political coup intended to implant a pro-business government and implement unpopular austerity measures.

Many believed the proceedings had stalled earlier this week when, in a surprise announcement, acting speaker of the Brazilian congress, Waldir Maranhao, announced an annulment of the April 17 vote to recommend impeachment proceedings to the Brazilian Senate.

Less than 24 hours later, the President of the Brazilian Senate, Renan Calheiros, denounced Maranhao’s call to annul the earlier vote, arguing that the Congress had already abdicated authority to the Senate. Shortly thereafter, Maranhao retracted his own calls to annul the Lower House vote in a historic about-face moment.

Many in Brazil see the impeachment effort as a coup led by the Brazilian Democratic Movement Party, a center-right group that includes Michel Temer, who would assume office if the Senate votes to impeach Rousseff, as well as former speaker of the Lower House Eduardo Cunha, who instigated the impeachment proceedings, and the president of the Senate, Renan Calheiros.

If the impeachment proves successful, the Workers Party, winner of the past four elections in Brazil by landslide margins, would be replaced by pro-austerity and pro-privatization forces that are supported by less than 2% of the Brazilian population.

With the vote expected to go against Dilma on Wednesday, many expect violent protests within Brazil, only three months ahead of the 2016 Summer Olympic Games.

Loud & Clear’s Brian Becker sat down on Tuesday with Brazilian journalist Pepe Escobar to talk about the social powder keg in Brazil and what to expect if the impeachment goes through.

Will Dilma Rousseff be impeached and what will happen next?

"I suggest that this is the Brazilian House of Cards," said Escobar. "Yes, the Senate has the votes and yes impeachment is going to pass the Senate."

"Nobody on the planet has any clue" what will happen next, Escobar said. He cited the volatility of the situation in the past week, noting that on Monday the impeachment was off, on Tuesday it was back on again, and on Wednesday it seems all but certain to happen, unless the country’s Supreme Court intervenes – which the Brazilian Supreme Court had declined to do as of Wednesday morning.

"We have a situation where the Senate is now in conflict with the Congress and then the Supreme Court in conflict with both, not to mention the executive branch, it is absolute chaos," said Escobar.

Will we see violent protests in the streets or the emergence of a military dictatorship?

"There are some similarities with the military coup in 1964, which everyone knows was supported and co-organized by the American embassy in Brazil, but now, instead of a military coup, it is a much more sophisticated hybrid war mutation, it has nothing to do with direct military intervention, it is a sophisticated slow-motion regime change process that includes collusion between Brazilian corporations, big media, parts of the legislature, and parts of the judiciary," said Escobar.

"These forces, they want a Temer administration because he is part of the group who plotted this slow-motion coup, and the three guys we need to watch all the time are the soon-to-be President Temer, Eduardo Cunha, the corrupt sidelined former speaker of the Lower House, and the president of the Senate, Renan Calheiros, who will certainly proclaim the impeachment is a done deal," stated Escobar.

However, Escobar expressed concern about what will happen when the transition of power occurs.

"What happens next is anybody’s guess, because we will have a mobilization by a united Leftist front in Brazil, composed of the Workers Party and the smaller parties on the Left," said Escobar. "Lula has been articulating this unity in his meetings for weeks now. We will have demonstrations in the streets, and the big factories throughout Brazil will be paralyzed when the unions tied to the Workers Party strike."

"Most importantly," added Escobar, "Temer’s approval rating floats between one and two per cent, nobody trusts him, and everybody knows that it is a dodgy operation in the shadows who carries around the aura of a coup plotter with him at all times."

"The only good thing that has been talked about these past few weeks is that he may have a relatively good minister of finance, Henrique Meirelles, who is well-respected by Wall Street banks and may be able to spur increased investment in Brazil, but otherwise the whole thing is an absolute mess."

What will the change of power mean for Brazil’s status within the BRICS alliance?

"The most important angle as far as I’m concerned is the global angle," said Escobar. "What will happen in that next BRICS meeting in four or five months, and what happens to the BRICS projects, including the development bank that features collaboration between Brazilian, Russian, and Chinese executives?"

Escobar said that Brazil’s position within BRICS, under a new administration, will likely be muddied by Rousseff’s plan to go on a "world tour" if impeached, including visits not only to Europe but also to China and Russia.

"Right now, there is no BRICS interference about what is going on in Brazil because she has not yet been sidelined, but if she is suspended she will obviously speak to BRICS leadership, she will talk closely with Putin and Xi Jinping, both of whom she has a close relationship to," Escobar speculated.

Escobar suggested that a conversation between Rousseff and BRICS leaders in the event of her impeachment would likely lead Brazil to re-centre toward an Atlantic alliance with the United States. That situation is exacerbated further by Temer’s foreign ministry cabinet appointee, right-wing Senator Jose Serra, whom Escobar calls a "neoliberal enforcer."

"The whole thing is a coup, it is a different form of a coup, with a legalistic veneer, initiated by crooks who themselves are under investigation for corruption."