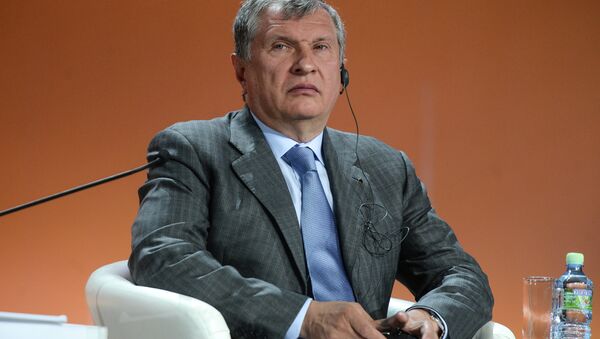 The well-known ally of Russian President Vladimir Putin argues that internal divisions within OPEC will continue to undermine the organization’s ability to influence world oil prices.

On Tuesday, former Deputy Prime Minister of Russia Igor Sechin predicted the end of OPEC in an interview with Reuters. Currently serving as the Executive Chairman of Russian-owned oil company Rosneft, Sechin is considered by some to be the second most powerful person in Russia.

The influential oil executive’s remarks come as the Russian economy struggles in the face of a historic collapse in world oil prices. The Russian government had considered cooperating with OPEC in recent months before growing tensions between Saudi Arabia and Iran, both OPEC members, shattered a deal to bolster prices by freezing oil output.

At the time, Sechin was the lone Russian official to oppose a deal with OPEC, citing growing sectarian conflict in the Middle East and a continued souring of relations between Iran and Saudi Arabia, as the two regional powers maneuver for regional hegemony.

"[Rosneft] was skeptical from the very beginning about the possibility of reaching any sort of joint agreement with OPEC's involvement in current conditions," Sechin said, expressing concern that the differences between the two leading members of OPEC will soon undermine the organization’s ability to influence world oil markets.

In the near-term, Riyadh continues to produce oil below the price of profitability, in what many analysts see as an attempt by the oil-rich country to price out competition from other countries.

Saudi Arabia also takes advantage of the lowest worldwide cost for extracting and producing oil, with high-quality deposits just under the ground. However, energy analysts believe the country could tap out its deposits within the next 20 years.

Regional conflicts among the leading OPEC members creates the potential for a sharp spike in oil prices, not only because of a breakdown in cooperation between member states, but also because 1/3 of the world’s oil travels through the Strait of Hormuz, which runs between the Gulf of Oman and the Persian Gulf.

Over the years, the Iranian government has threatened to close down or fire rockets over the Strait of Hormuz, which would create an instant world oil supply shortage and a concurrent surge in prices.

It is this growing unrest between the region’s two most powerful governments that has led Sechin to opine on Tuesday that, "OPEC has practically stopped existing as a united organization."

However, Sechin cautions that there exists little hope that oil prices will return to the artificially high prices of a decade ago, nor does he predict a military conflict between Saudi Arabia and Iran, which would serve to boost prices through scarcity.

Instead, the Russian insider believes that, "At the moment, key factors which are influencing the market are finance, technology and regulation. We can see this with the example of shale oil which became a powerful tool of influence on the global market," said Sechin.