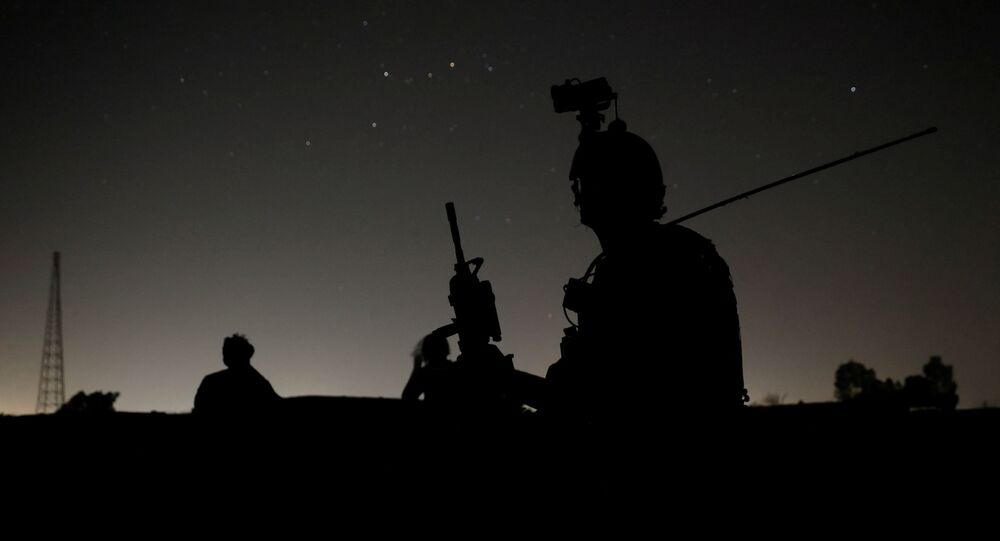 According to the Afghanistan government's Refugee and Reparations Ministry, Taliban forces have made substantial regional advancements, particularly in the country's northern sector, within the past 15 days that have displaced more than 5,600 families from their homes.

At least 22 commandos of an Afghan Special Forces unit were executed in Faryab Province's town of Dawlat Abad on June 16, CNN reported on Tuesday, citing confirmation of the deaths by the Red Cross.

While the incident occurred nearly a month ago, graphic video footage of the alleged execution has only been recently made public.

Commandos said to be from the Afghan Special Forces unit are seen being led out of a building in one video. Soon after, the "Allahu Akhbar" is overheard as gunshots ring out at the open-air marketplace.

According to the outlet, the commandos ran out of ammunition as they were attempting to defend the town from Taliban forces.

Members of the Taliban argued to CNN that the obtained footage was misrepresented in an effort to encourage Afghan forces to not surrender. The group's spokesperson asserted that they were still holding at least 24 Afghan commandos.

However, the Afghan Ministry of Defense, which has confirmed the 22 reported deaths, has denied the Taliban's detention of two dozen commandos in the Faryab Province.

Per US President Joe Biden, US troops will officially finish withdrawing from their mission in Afghanistan by August 31.

Despite the recent gains made by the Taliban in Afghanistan, the US has remained steadfast in its efforts to remove troops from the country and, as of Monday, Army Gen. Austin "Scott" Miller has relinquished his post as the top US commander in charge of NATO's Resolute Support Mission and United States Forces - Afghanistan.

US Central Command chief Gen. Frank McKenzie, who took over Miller's post, has emphasized that the transition of power "marks an important milestone in the transition of our involvement in Afghanistan, but it's not the end of the story."

"You can count on our support in the dangerous and difficult days ahead. We will be with you," McKenzie said during a ceremony in Kabul on Monday, as reported by The Hill.

That same day, Pentagon secretary John Kirby challenged the idea that the Taliban is being provided an "inevitable victory," but stopped short of saying how the US will assist Afghan forces in the future.

"What we're trying to do is protect our options going forward to make sure that the rest of this drawdown can be safe and orderly, and so we are being — I'll just say it — we're being fairly miserly about the kind of operational information we're putting out there," Kirby said, noting that this is a "delicate time" for the region.

Nevertheless, the US' pullout has prompted Kabul to call on external partners, such as the militaries of Russia, India and China, to assist with technical, anti-terrorism operations in the region.

While Afghan authorities recognize the Taliban's right to exist as a legitimate political force, the government has expressed that it will not stand for the group becoming a "monopoly" alongside others.

Presently, the Taliban controls at least 212 districts in Afghanistan, while the Afghan government controls 70 districts, according to a tracker by the Foundation for Defense of Democracies' Long War Journal. Some 116 districts remain contested.