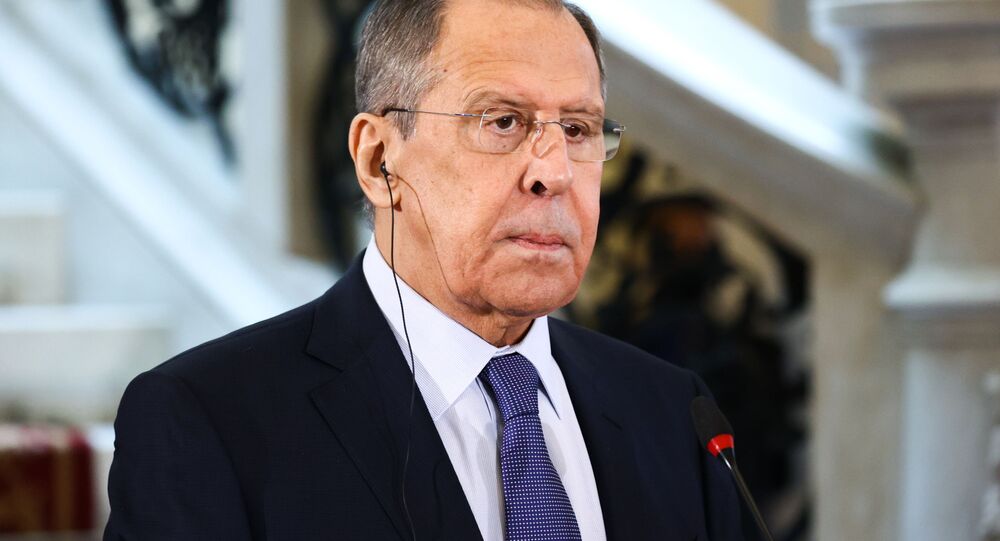 MOSCOW (Sputnik) – The withdrawal of US forces from Afghanistan is being rushed, with machinery and equipment being behind, Russian Foreign Minister Sergey Lavrov said on 12 July.

"The Americans made a lot of things clear over the 20 years of their presence in Afghanistan, starting with the declaration of the victory of democracy and ending with such a rather hasty withdrawal, abandoning a huge amount of equipment and other equipment," Lavrov said during a press conference.

Commenting on US media reports that American officials were in talks with authorities in neigbouring countries to secure bases close to Afghanistan for future operations, the Russian top diplomat says that the presence of foreign armies in member states of the Collective Security Treaty Organisation (CSTO) requires the organisation’s approval, and building new bases would not serve security interests in Central Asia.

"We should not ask them [the US] what plans the Central Asian countries have, but the countries of this region. As for the other Central Asian countries – Kazakhstan, Tajikistan, Kyrgyzstan – [they] are members of the Collective Security Treaty Organisation. All questions about the presence of foreign military personnel on the territory of any of the CSTO members are subject, according to the charter, to the approval within this framework," Lavrov said during a press conference.

"Most likely, there is a [US] desire to simply ensure its military presence in this region, thereby influencing the situation here. I think everyone understands this and everyone will proceed from the obligations that exist within the framework of various structures," Lavrov added.

Earlier this week, Russia's foreign minister said that the threat of terrorist attacks in Afghanistan is increasing in light of the withdrawal of the US troops from the country, saying that pullout is de facto an admission that America's mission in this country has failed.

Last week, the US Central Command said the withdrawal of American troops from Afghanistan was 90% complete. The deadline for a full exit was set for September 11. At the same time, Commanding General Austin Miller warned that the country might be on the path to civil war after Washington and its allies are through pulling out their troops.