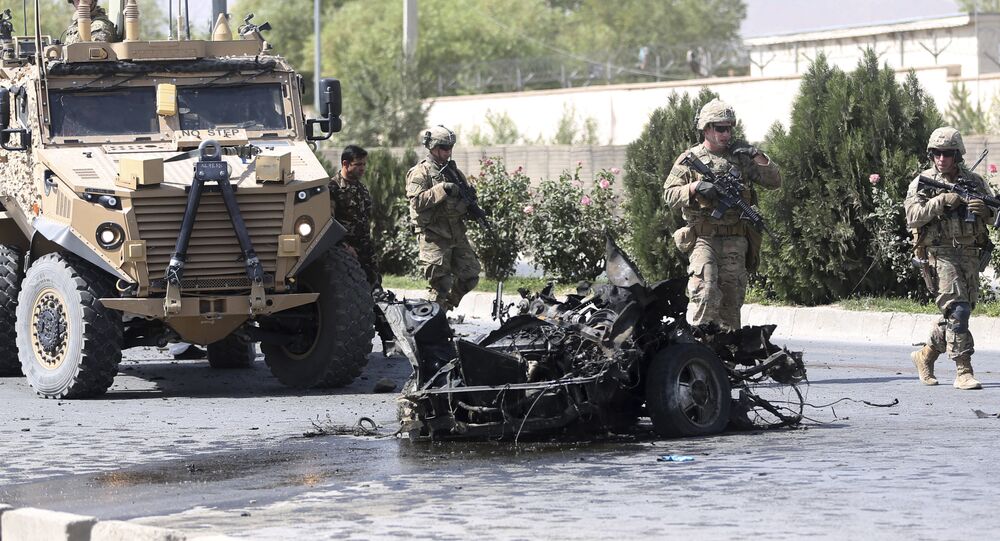 On Friday, the Pentagon expressed confidence that a Taliban-controlled Afghanistan was not an inevitability, and said that Washington had provided Kabul and its security forces with sufficient support to enable them to continue fighting the militant group, if they are willing to do so.

The United States is “deeply concerned” by the deterioration of the security situation in Afghanistan, and the momentum the Taliban seems to have amid its ongoing offensives, Pentagon Spokesman John Kirby has said.

Speaking to Fox News on Sunday, the spokesman stressed that the US was not “giving up on” the country, but reiterated that it was up to the Afghans themselves to defend their country using the capability “we know they have.”

He added that Washington is still looking for options for where to base troops which could address potential terror threats coming out of Afghanistan following the completion of the US withdrawal in August.

© AP Photo / Reza Shirmohammadi, File
Kabul Activates Anti-Missile System as Taliban Gain Ground
In May, US government and military officials told the Wall Street Journal that Washington was looking to redeploy some troops coming out of Afghanistan into Uzbekistan or Tajikistan. Uzbekistan stressed that it has no plans to allow foreign bases on its soil. Tajikistan, meanwhile, is a full-fledged member of the Russian-led Collective Security Treaty Organisation alliance, and hasn’t hosted US troops since 2001.

During Sunday’s interview, Kirby also assured Americans that even if the US is unable to find bases near Afghanistan, it will be able to use its “sophisticated and robust over-the-horizon capabilities” to stage attacks “even from afar.”

“We can do that and we’ve proven that we can do that even in recent years in places like Libya,” Kirby said, presumably referring to the 2011 NATO air operation against Muammar Gaddafi’s Socialist Libyan Jamahiriya which toppled the government and turned the North African nation into a divided failed state.

The Pentagon spokesman also defended the Biden administration’s decision to follow through with his predecessor’s plans to pull US forces out of Afghanistan, suggesting that decades of occupation have not helped the US build “leverage” for peace talks.

Kirby also said that the US is still trying to “broker forward a negotiated settlement” and suggested that the rest of the world should remain committed to this idea.

© AP Photo / Nazim Qasmy
Pakistan Strengthening Border Security Amid Fears of Refugee Influx From Afghanistan
Afghanistan’s neighbours have offered to assist in peace talks with the Taliban in recent weeks amid the instability stemming from the US’s chaotic retreat from the war-torn country. Last week, an Afghan government delegation met with Taliban representatives in Tehran. Iranian Foreign Minister Mohammad Javad Zarif promised that Iran would be “ready to facilitate” further talks “in any way” the parties wished. Also last week, Moscow hosted a Taliban delegation, with Russia’s Foreign Ministry  similarly expressing its willingness to help work toward inter-Afghan peace.

The calls for a peaceful solution come as the Taliban continues its advance in all directions, and as its direct neighbours beef up security along frontiers to prevent the increasingly miserable security situation from spilling over into their countries.