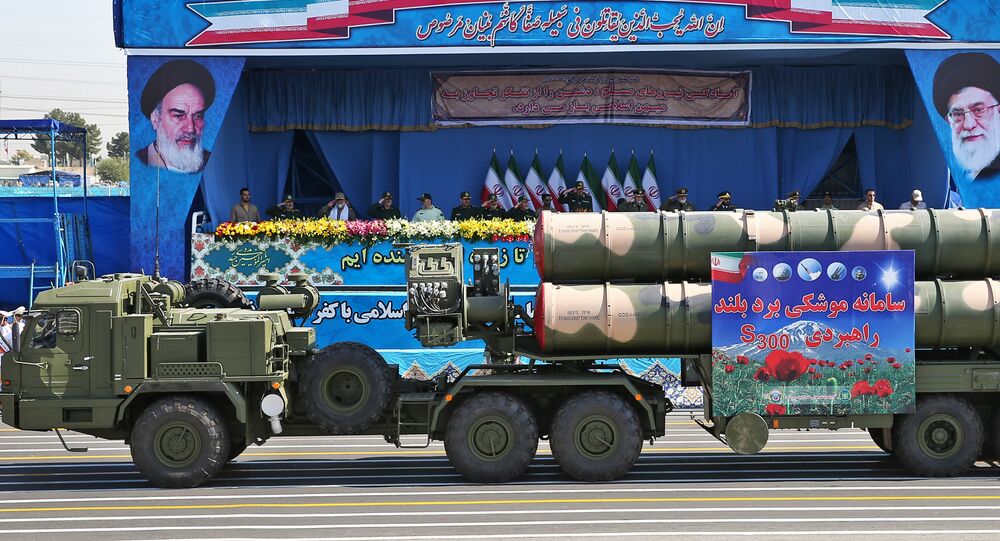 US Media Reveals American, Israeli Plans to Fight S-400s If They End Up in Iran

On Friday, the United Nations Security Council rejected a US draft resolution to indefinitely extend the UN arms embargo against Iran, which is set to expire in October. Israeli Prime Minister Benjamin Netanyahu called the decision “scandalous,” while senior US Senator Lindsey Graham claimed it makes “a major conflict” with Iran “much more likely.”

The United States and Israel are already preparing for a scenario in which Russia sells advanced air defence systems such as the S-400 to Iran, including by conducting drills involving the destruction of advanced surface-to-air missile threats, Breaking Defense has intimated.

The outlet points out that Iran has “already invested in modernized Russian air defence systems, such as the S-300,” and has recently expressed interest in the S-400. “The Russians are likely to find an eager customer in Tehran,” the defence news site argues, pointing to a recent flurry of diplomatic activity between Moscow and Tehran, and Iranian Ambassador Kasem Jalali’s comments in July that the Islamic Republic was interested in buying Russian weapons to “enhance its defence capacities.”

At the same time, in early August, for the second time in 2020, US and Israeli Air Force F-35 fighters took part in joint drills, with their aims said to include improving the jets’ survivability against simulated “sophisticated  enemy air defences and fighters before striking ground targets,” according to Breaking Defense.

Enduring Lightning II@IAFSite and @usairforce F-35s trained together in southern Israel for the second time this year, strengthening partnership, cooperation and learning between the forces.

In November 2019, the Pentagon’s Defence Intelligence Agency released an assessment suggesting that Russian defence hardware including the S-400, the K-300P Bastion coastal defence system, Su-30 fighter jets, and T-90 main battle tanks were some of the weapons Iran might be interested in buying from Moscow after the UN arms embargo expires.

© Sputnik / Sergey Pivovarov
Iran Interested in Russian S-400s, Bastion Coastal Defence Systems, T-90 Tanks, Pentagon Says
The Security Council’s rejection of the US’s resolution to indefinitely extend the embargo prompted President Trump to warn that additional sanctions would be applied against Iran in the near future. Prime Minister Netanyahu of Israel, meanwhile, vowed that Israel would “continue to act in close cooperation with the US and countries in the region to block the Iranian aggression.”

In addition to taking an interest in Russian and Chinese air defence systems, the Islamic Republic has also considerably boosted the capabilities of its domestic military industry in recent years. In June 2019, Iran’s Khordad-3 air defence system shot down a cutting-edge $220 million US surveillance drone over Iranian airspace in the Strait of Hormuz. In August 2019, the state ordered the Bavar-373 air defence system, whose characteristics are superior to those of the US Patriot, according to Tehran, to be added to Iran’s air defence network.