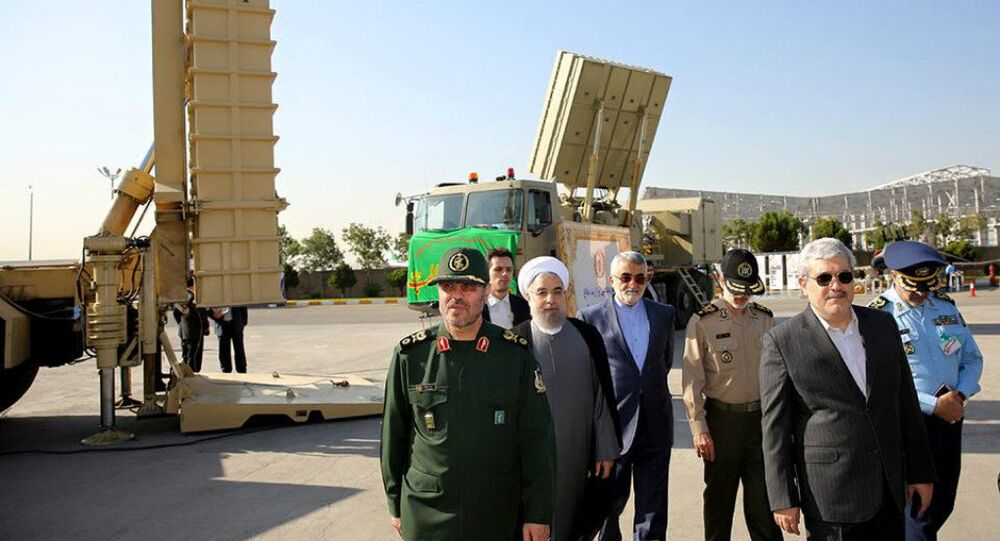 The domestically made air defence system was unveiled by Iran on Thursday, in a ceremony attended by the country’s President Hassan Rouhani, who has ordered the Bavar-373 to be added to Iran's missile defence network.

Brigadier General Shahrokh Shahram, head of the Iranian Defence Ministry’s Organisation of Electronic Industries, has argued that characteristics of the new domestically made missile system Bavar-373 are more advanced than those of the US anti-aircraft system Patriot.

The Bavar-373 has “been designed and developed considering the country’s need for a defence system with a long range,” Shahram was quoted by Iran’s Fars news agency as saying on Friday.

He explained that the Bavar-373’s development came at the time when Iran “needed a missile system stronger than the Russian S-300 [missile system]” to grapple with the growing threats faced by the Islamic Republic.

The Bavar-373 is better than the US-made Terminal High Altitude Area Defense (THAAD) missiles and Patriot air defence systems in terms of performance characteristics, according to Shahram.

His remarks came a day after the Bavar-373 saw its official roll-out as part of Iran’s Defence Industry Day celebrations attended by the country’s President Hassan Rouhani. During the unveiling ceremony, he said that the new missile system should be integrated into Iran’s missile defence network.

The country’s IRNA news agency reported that “the long-range Bavar-373 missile system is suited to Iran's geography with a range of more than 200 kilometres (124 miles) […] and competes with Russian and American systems such as the S-300 and the Patriot.”

#BREAKING: First video of Bavar-373 SAM System which is using Sayyad-4 surface to air missile was released by state media of #Iran's Islamic Regime today. It will be unveiled by #Iran's Ministry of Defense on 22 August. It is claimed that the Sayyad-4's maximum range is 200km. pic.twitter.com/A4iDsdb8L3

Earlier, Iranian media revealed the first video of the Bavar-373 showing the missile system’s phased array radar and launch erector platform in operation, along with the system’s launch footage at a test range.

The Bavar-373’s roll-out takes place amid an escalation of tensions in the Middle East following the deployment of a US aircraft carrier group in the region in May to send a “direct message” to Iran.

Washington-Tehran tensions have been simmering since May 2018 when President Trump withdrew the US from the 2015 Iran nuclear deal, also known as the Joint Comprehensive Plan of Action (JCPOA), and reinstated harsh economic sanctions against the Islamic Republic. Exactly a year later, Iran announced that it had suspended part of its JCPOA obligations but that it remains committed to the deal.

'We're Here to Deter Iran, But Ready to Strike if Ordered' - US Military on Aircraft Carrier in Gulf