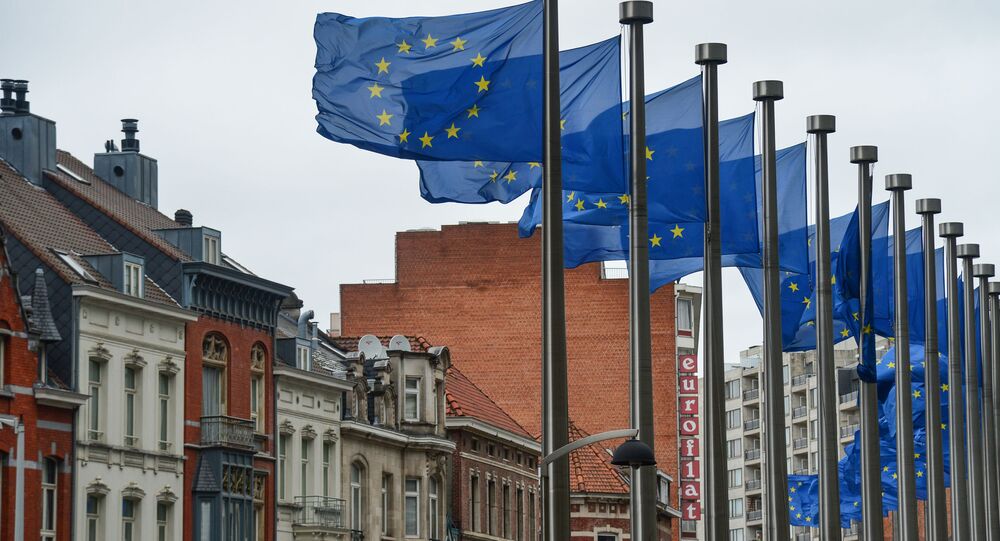 The statements come as the EU's foreign policy chief meets with US Secretary of State Mike Pompeo following an attack on Japanese oil tankers stationed in the Gulf of Oman and the bolstering of the US' military presence in the Middle East. Europe has maintained a conciliatory approach to the escalation and has not endorsed any of the US actions.

Nathalie Tocci, a special adviser to High Representative of the Union for Foreign Affairs and Security Policy (HRVP) Federica Mogherini, reiterated the EU's position on tensions with Iran on BBC radio's Today programme on Tuesday: “the United States has violated the Joint Comprehensive Plan of Action” and is not “living up” to its side of the bargain.

"We still don't have actually verifiable proof as to exactly what happened and who did what," she said regarding the recent attack on oil tankers in the Gulf of Oman.

US President Donald Trump has declared Iran responsible for attack on the Japanese vessels, citing footage released by the US Navy supposedly showing an Iranian ship removing an unexploded device from one of them.

Iran has denied the accusations, with Foreign Minister Mohammad Javad Zarif tweeting that "the US immediately jumped to make allegations against Iran" without "a shred of evidence."

​Following a question on whether the decision by the US to withdraw from the 2015 Iran nuclear deal would justify the attack against the oil tankers, Tocci responded: “I think there has been an escalation on one side meaning on the side of the United States.”

She continued: “It is only reasonable to expect that there is going to be retaliation on the other side" and an “accidental war” could be triggered despite it not being desirable by either side.

Federica Mogherini said herself on Monday that "Mike Pompeo heard very clearly from us ... we are living in a crucial, delicate moment where the most responsible attitude to take is and we believe should be that of maximum restraint and avoiding any escalation of the military side."

During a meeting with Mike Pompeo the same day, she added "Our focus is to keep the agreement in place.”

"Our assessment on the implementation of the nuclear deal ... will never be based on statements but on the evaluation that the IAEA (International Atomic Energy Agency) makes."

Regarding claims a withdrawal from the agreement allows Iran to reconsider demands which they had previously been compliant with, Tocci said: “the social contract can only hold if both sides live up to the bargain."

The statements came as the Pentagon declared that it will be sending an additional 1,000 troops to the Middle East as Iran says it will increase its stockpiles of uranium, which would be in breach of the 2015 agreement.

Donald Trump withdrew the US from Iran nuclear pact in 2018 on the basis that it did not sufficiently restrict Iran’s capacity to build a nuclear weapon.

The decision was met with disapproval from EU leaders who maintain support for the agreement and has further strained the relationship between the US and Europe.

The Trump administration has denied accusations in the Washington Post and New York Times that it is split between those who consider Iran a threat to US forces in the region, and others who believe that Iran is acting defensively in response to the US' actions.