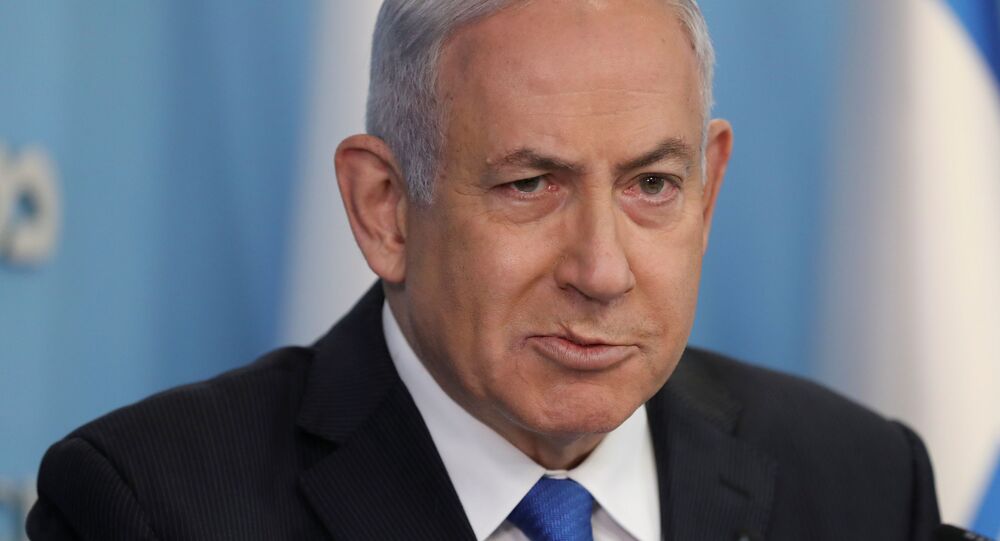 On Friday, the United Nations Security Council rejected a draft resolution submitted by the United States to indefinitely extend the arms embargo on Iran, originally envisioned by the Iran nuclear deal ahead of its expiration in October, saying the draft did not obtain the necessary support to be adopted.

Israeli Prime Minister Benjamin Netanyahu on Saturday described the UN Security Council’s decision to not allow an extension of the arms embargo on Iran as “scandalous”, adding that Tel Aviv will continue to cooperate closely with the United States to repel what he describes as “Iranian aggression”.

“The decision of the UN Security Council not to renew the arms embargo on Iran is scandalous. Iranian terrorism and aggression threaten the peace of the region and the entire world. Instead of opposing weapons sales, the UNSC is encouraging them,” Netanyahu said, quoted by his office. “We will continue to act in close cooperation with the US and countries in the region to block the Iranian aggression. The State of Israel will continue to act with full force against whoever seeks to undermine its security.”

On Friday, US Secretary of State Mike Pompeo slammed the UNSC rejection of the US resolution, noting that the Trump administration would continue to do everything possible to ensure that Iran is not able to buy and sell weapons on the international marketplace.

“It [UNSC] rejected a reasonable resolution to extend the 13-year old arms embargo on Iran and paved the way for the world’s leading state sponsor of terrorism to buy and sell conventional weapons without specific UN restrictions in place for the first time in over a decade,” Pompeo said on Friday.

The UNSC on Friday rejected a draft resolution introduced by Washington to indefinitely extend the weapons embargo on Iran envisioned by the 2015 Iran nuclear deal ahead of its expiration on 18 October.

Dian Triansyah Djani, UNSC president for the month of July, said that the resolution had not received the required support to be adopted, as it was endorsed only by the US and the Dominicans and objected by Russia and China, while 11 countries abstained.

”The result of the voting is as follows: two votes in favor, two votes against, 11 abstentions. The resolution has not been adopted having failed to obtain the required number of votes,” Djani noted.

Commenting on the UNSC rejection of Washington's bid to prolong the arms embargo on the Middle Eastern nation, Tehran's ambassador and Permanent Representative to the UN, Majid Takht Ravanchi, said that the results of the vote ”shows—once more—the US' isolation”.

”US must learn from this debacle. Its attempt to 'snapback' sanctions is illegal, and was rejected by int'l community, as was evident today,” Ravanchi said in a statement on Twitter on Saturday.

The result of the vote in #UNSC on arms embargo against Iran shows—once more—the US' isolation.

Council's message: NO to UNILATERALISM.

US must learn from this debacle. Its attempt to “snapback" sanctions is illegal, and was rejected by int'l community, as was evident today.

The arms embargo against Iran is set to expire on 18 October, under the terms of the 2015 nuclear deal, or the Joint Comprehensive Plan of Action (JCPOA), which suggested Tehran scaling back its nuclear programme in exchange for sanctions relief.

Trump pulled the United States out of the agreement unliterary in May 2018, prompting the Islamic republic to step away from its nuclear commitments.