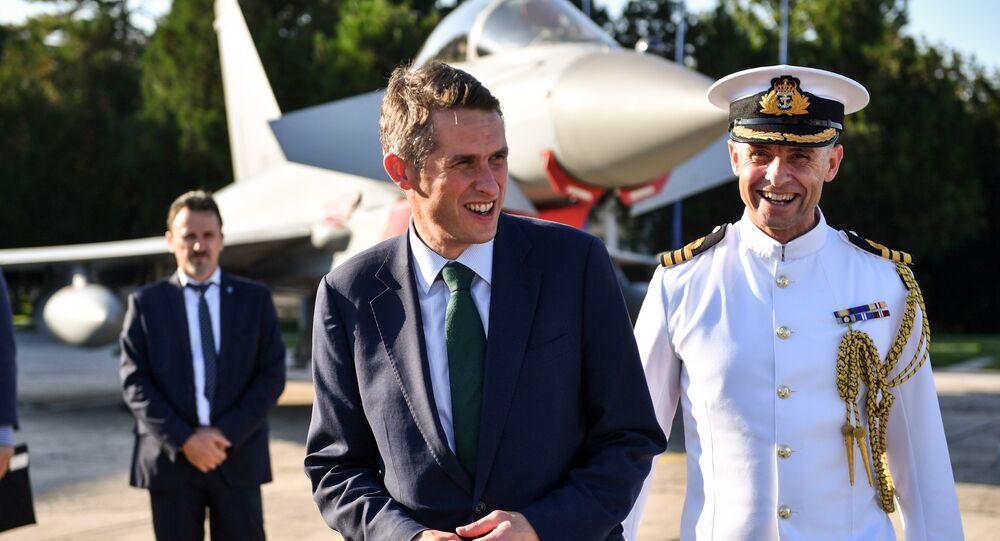 As a supersonic stealth jet completed its first test flight armed with British missiles, the UK Ministry of Defense jumped on the opportunity to link the accomplishment to the ongoing campaign championed by its head.

Minister for Defense Procurement Stuart Andrew has revealed on Thursday that the UK not only helped "build what is the world's most advanced fighter jet, but is also ensuring that it is equipped with the very best firepower."

"This flight by a British pilot, in a British F-35 jet with British-built weapons is a symbol of the major part we are playing in what is the world's biggest ever defense program, delivering billions for our economy and a game-changing capability for our Armed Forces," Mr. Andrew said.

The new Bolton site, where a number of key missiles are being produced, was officially opened by UK Defense Minister Gavin Williamson in July 2018. On the day, Mr. Williamson said that the £50 million factory represented how central strong British defense industry is to the nation's prosperity.

'No Prosperity Without Security'

The Defense Minister has campaigned for more funding for the Ministry's projects since his unexpected appointment in November 2017.

Prior to assuming the post of Defense Minister, Mr. Williamson — who had no previous military background — was head of the whips, whose job it was to make sure Tory MPs towed the party line. His experience in ensuring politicians delivered on what's required by the party later translated into pressing the Prime Minister herself into committing more funds for the Defense Ministry Mr. Williamson is now heading.

© AP Photo / David Mirzoeff
Gavin Williamson, right, outside the Ministry of Defence in London after he was named as the new Secretary of State for Defence following the resignation of Sir Michael Fallon who admitted his behaviour had "fallen below the high standards required" in the role, Thursday, Nov. 2, 2017.

In June, Theresa May has reportedly asked Mr. Williamson to justify UK's role as a "tier one" military power and voided using the phrase when describing Britain's military power, which fueled concerns from defense chiefs about Armed Forces budgets. In contrast to the PM, during his August visit to the US, the Defense Minister said in a speech to the Atlantic Council think-tank in Washington DC that Britain "will always be a tier one military power."

Today’s Defence-related news includes a speech by Defence Secretary Gavin Williamson at the Atlantic Council think-tank and build-up to the 100th anniversary of the Battle of Amiens. Read more here: https://t.co/EsomVyXL1r pic.twitter.com/SxO7wvr8CU

Mr. Williamson has also previously stressed to UK parliamentarians the significance of raising spending on defence, in the light of Britain exiting the European Union and aiming to forge even closer ties with its NATO partners.

He has advocated a stronger relationship with NATO, while engaging on occasion in overblown scenarios often built on anti-Russia rhetoric, for which he has been criticized.

In line with his ambition to increase defense spending as the Ministry of Defense faces a funding shortfall of £20 billion over the next decade, Mr. Williamson said during the opening of the Bolton facility:

"You can't have prosperity without security."

According to the Ministry of Defense, British companies are building 15% by value of all 3,000 F-35s planned for production, with projections around £35 billion will be contributed to the UK economy through the program.