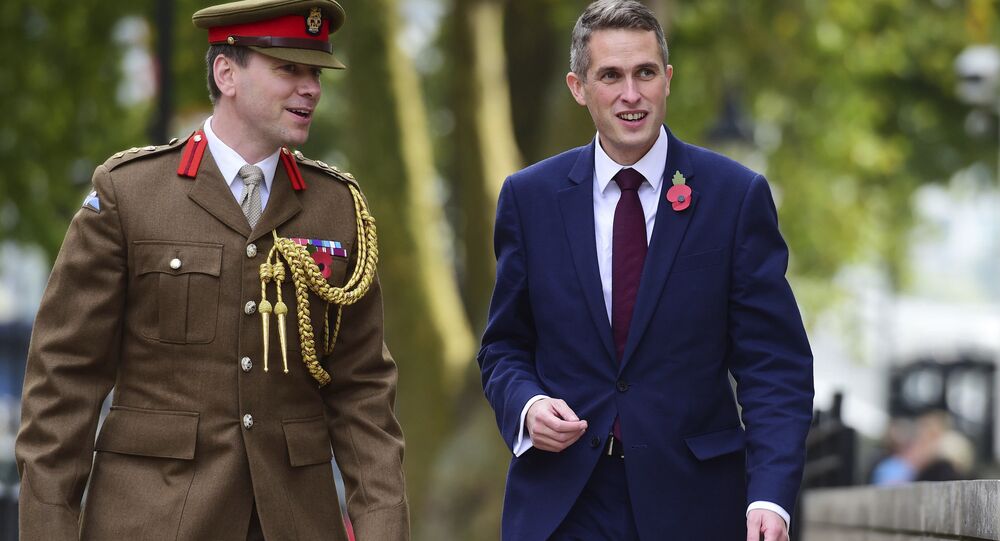 A couple of things to keep in mind when trying to make sense of the recent comments by UK Defense Sec regarding a potential Russian attack on British infrastructure that could kill "thousands": Gavin Williamson is new to the job, trying to align himself with more experienced counterparts and turns out not afraid to engage in overblown scenarios.

In a Thursday interview Williamson said that Russia was watching routes used to bring energy from Europe to Britain.

"Why would they keep photographing and looking at power stations, why are they looking at the interconnectors that bring so much electricity and so much energy into our country? They are looking at these things because they are saying, 'These are the ways we can hurt Britain'".

Although an experience politician, the current British Defense Sec had no military background at the moment of his appointment. Williamson was elected by the UK prime minister Theresa May to head Ministry of Defense in November last year, and the choice of his candidacy came somewhat as a surprise.

His most recent Russia comments come shortly after similar warnings by speech by UK Chief of the General Staff Nick Carter, who has over three decades of experience in British armed forces and who said on January 22 that Russia "could initiate hostilities sooner than we expect."

The 'Russian threat' rhetoric is taking place amid continuous issues with the decline in UK defense expenditure and calls by politicians and military reps to up the spending.

Sputnik: What could cause Williamson's allegations?

Professor Anthony King: On a theoretically level the Minister of Defense Gavin Williamson has a point and it is not inappropriate that he should mention them. However, there're a couple of caveats here. What he is talking about is a threat — that in the immediate sense is at the low level of likelihood and the potential of a 'thousands of deaths' is a very indirect one.

What he is envisaging there is the worst possible cyberattack, where the National Health Service (NHS) or some vital public facility in Britain would be taken down in the winter and there would subsequently be a health risk to the British population. The language that he uses and the reality — there is some hyperbole there. The question is why a capable politician potentially engaging in a hyperbole? I think you have got to line this up with the talk by the Chief of the General Staff (CGS) talk recently this week. Williamson is taking over the Ministry of Defense, which is a very serious position and the CGS's talk on Monday, where he articulated deep concerns about the capability of the British army to act as a deterrent and military defense force against any Russian incursions, should they occur.

You have got to put these two things together. Both the minister of defense and the CGS have aligned and highlighted the most extreme terms the real and immediate crisis which is beginning to be recognized in the Ministry of Defense and the Army in particular. When you put it in that term — yes, especially from a Russian angle, it seems overly aggressive and hyperbolic.

Sputnik: What would you say are currently the top three concerns for the UK Defense Minister and the ministry itself?

Professor Anthony King: The top three concerns for the Defense Minister and the Ministry are budget, manning and Britain's military commitment internationally and globally — how within the resources and manpower limitations of the British forces does British army actually address ambitions of the UK and government policy of security and defense, it is not easy to achieve.

The spokesperson for the Russian Ministry of Defense rebuked Williamson's remarks, calling them unreasonable and pointing out that the location of electric power plants and pipelines were as secret as "Westminster Abbey or Big Ben."

'Self-Defeating' Budget: Defense of British 'Realm Outsourced' to the US