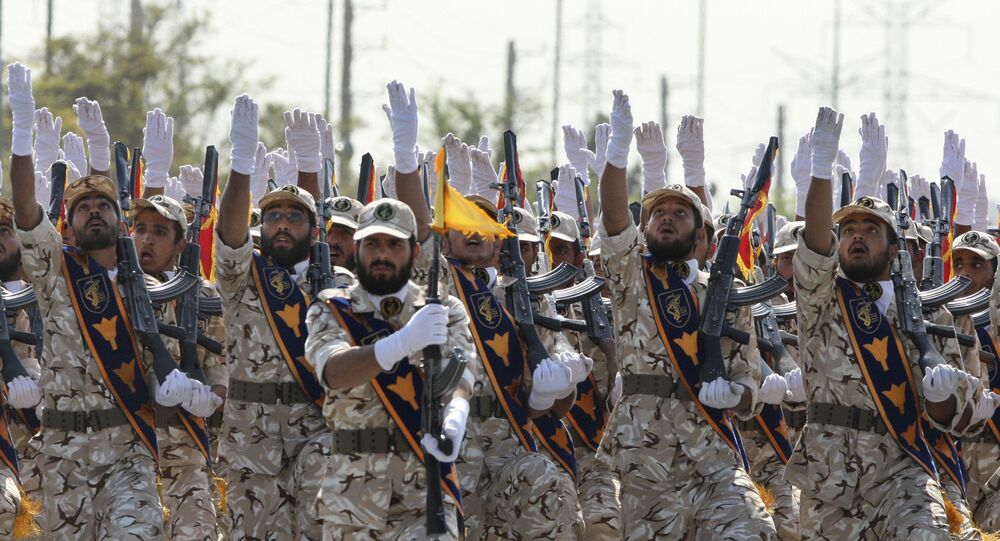 Relations between the United States and Iran have continued to deteriorate, with Washington building up its military presence in the Middle East amid reports of Iran or its proxies planning an attack on US forces.

Iran's top general has told Tehran-backed militias in Iraq to "prepare for proxy war", according to The Guardian.

The Quds Force is a unit within Iran's Revolutionary Guards, which is responsible for extraterritorial operations. Washington last month designated the Revolutionary Guards a foreign terrorist organisation over accusations of it promoting terrorism "as a tool of statecraft", with Iran blacklisting the US Central Command in a similar fashion.

© Sputnik /
False Flag Operation? Are Bolton & Pompeo Pushing War With US and Iran?

The purported gathering was described as not being an outright "call to arms" but somewhat close to it.

It is understood to have provoked the US to order a partial evacuation of its Baghdad embassy and its consulate in Erbil earlier this week. The UK, meanwhile, has raised the threat level for its forces in Iraq and the Gulf after learning about the meeting.

Tensions between the US and Iran have been running even higher than normal in recent weeks. Reports surfaced on Tuesday that the Pentagon was mulling sending up to 120,000 troops to the Middle East, but Donald Trump swiftly denied the report in a statement to the press.

It comes after it emerged last week that four commercial vessels, including two Saudi oil tankers, had been damaged in an apparent sabotage attack off the coast of the United Arab Emirates.

Two days later, Saudi Arabia said that drones launched by Iranian-backed Houthi rebels in Yemen had attacked two pumping stations in the kingdom, causing a temporary shutdown of a major pipeline and a hike in oil prices.

Riyadh blamed Tehran for orchestrating the attack, with local state-run media calling for "surgical" retaliatory US strikes on the Islamic republic.

Washington earlier deployed an aircraft carrier strike group and a fleet of bombers near Iran, citing intelligence data indicating that Iran or its proxies were planning attacks against the United States. Iranian officials dismissed the allegations as "fake intelligence" and said they were similar to those brought by the US against Saddam Hussein prior to the 2003 invasion of Iraq.

Tehran maintains that Washington is trying to coerce it into negotiating an unfavourable agreement, after Donald Trump last year pulled the US out of the 2015 nuclear deal and re-instated crippling economic sanctions on Iran.

Iranian Foreign Minister Mohammad Javad Zarif has not ruled out that the confrontation could spiral into a military conflict. It is understood, however, that Donald Trump wants to avoid a military struggle and is seeking a diplomatic solution.