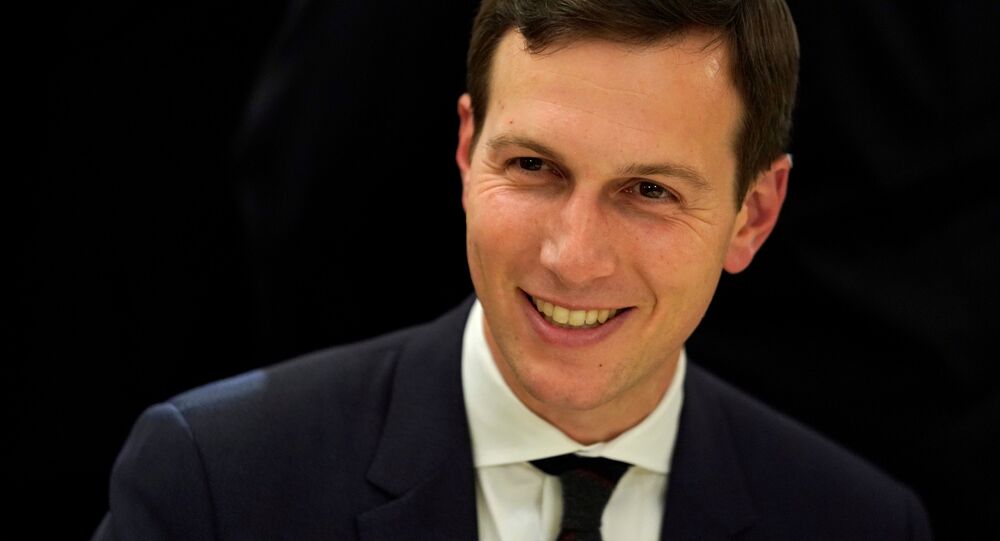 Palestine's President Mahmoud Abbas has warned the White House against "alternatives and illusion," which he said are aimed at preventing the creation of a Palestinian state.

In an interview with the Palestinian newspaper Al Quds, the US President's senior adviser Jared Kushner signaled his readiness to work with Palestinian President Mahmoud Abbas to hammer out the Israeli-Palestinian peace plan.

"If President Abbas is ready to go back to the negotiations table, then we are ready to participate in the discussion, but if it's not the case, then we are going to make the plan public," Kushner said, adding that the plan would be ready "soon".

At the same time, Kushner claimed that Abbas is "scared we will release our peace plan and the Palestinian people will actually like it.

"I question President Abbas' ability, or desire, to finish the deal. He has the same talking points that haven't changed in the past 25 years. Peace hasn't been achieved during that period," Kushner pointed out.

Separately, he singled out the "sad" situation in Gaza where "the level of despair reveals the worst scenario that can happen when things are left without a solution and when it is allowed to continue."

The interview came after Kushner and the US President's Middle East envoy Jason Greenblatt met in Jerusalem with Israeli Prime Minister Benjamin Netanyahu of Israel and US Ambassador David Friedman "to continue their discussions" on the matter.

President Abbas Warns not to 'Divide the Palestinian Homeland'

For his part, Saeb Erekat, Secretary General of the Palestine Liberation Organization (PLO)'s executive committee and a top Palestinian negotiator, slammed Kushner and Greenblatt's visit to the Middle East as an attempt to topple the Palestinian Authority and obliterate the UNRWA (UN Relief and Works Agency for Palestine Refugees).

"[They] want to destroy the UNRWA by providing direct aid to countries that host the refugees, and by providing aid worth a billion dollars to the Gaza Strip without involving the UNRWA. All of this is meant to take the refugee issue off the agenda," Erekat said.

President Abbas in turn warned that "the American delegation has to realize that there's no point in looking for alternatives and illusions that are meant to divide the Palestinian homeland and prevent the establishment of a Palestinian state."

Earlier, Abbas' spokesman Nabil Abu Rudeineh called for the  implementation of decisions made by the international community which he said will add to "true peace."

According to him, these are based on "a two-state solution, a Palestinian state built on the '67 borders with East Jerusalem as its capital and the creation of an international mechanism to put the peace process back on the right track."

Their remarks came after the Israeli newspaper Haaretz cited Israeli and Arab sources as saying that the Trump administration is trying to convince the Arab monarchies in the Gulf to invest up to one billion dollars in economic projects in the Gaza Strip.

The goal is to improve the security situation in the area and generate momentum ahead of the planned presentation of the Middle East peace plan by Washington.

© AP Photo / Craig Ruttle
Analyst: US Unlikely to Support Multinational Effort to Resolve Palestine-Israel Conflict
Tensions between Tel Aviv and the Palestinians escalated earlier this year after the Trump administration recognized the contested holy city of Jerusalem as Israel's capital in December 2017 and relocated its embassy there.

The move was followed by the PLO asking Arab states to severe ties with states that moved their embassies to Jerusalem; it also led to fierce violence on the border between Israel and the Gaza Strip.

Israel deployed its security forces to suppress the rallies, launching a series of airstrikes on Gaza amid the Palestinian militant group Hamas's launch of IED and flammables-laden balloons and kites into Israeli territory.  At least 120 Palestinians have been killed in the violence since protests began on March 30.