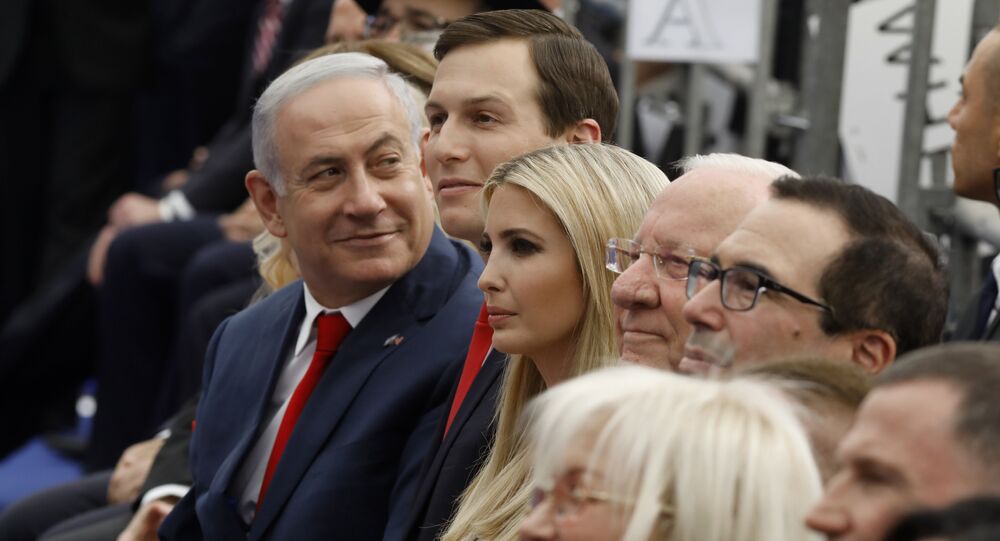 The decision is another sign of a deadlock in diplomatic relations between Ramallah and Washington following the US administration’s move to recognize Jerusalem as the Israeli capital.

Palestinian President Mahmoud Abbas has refused to meet with US President Donald Trump's adviser on the Middle East and son-in-law, Jared Kushner, who is expected to come to Israel next week, Haaretz reported, citing officials from the Palestinian Authority.

Commenting on the US official's visit, Abbas' spokesman Nabil Abu Rudeineh said that any negotiations regarding the so called "deal of the century" proposed by Washington will make no sense until it includes the issues of Jerusalem and Palestinian refugees.

Rudeineh stressed that any breakthrough in diplomatic ties won't possible if the US doesn't give up its strategy of "changing the rules of the game."

He also stressed that the Palestinian leadership is not ready to discuss or support any ideas that are not based on the Arab Peace Initiative.

Abu Rudeineh's comments come ahead of the upcoming visit of Jared Kushner to Jerusalem next week. In January 2016, Kushner was appointed as Senior Adviser to President Trump and was immediately charged with brokering peace in the Middle East.

Palestinian President Mahmoud Abbas has refused to be involved in discussions of any US proposals since Trump recognized Jerusalem as the capital of Israel last December, a move that sparked numerous protests in the Middle East and led to the escalation of the security situation in the region.