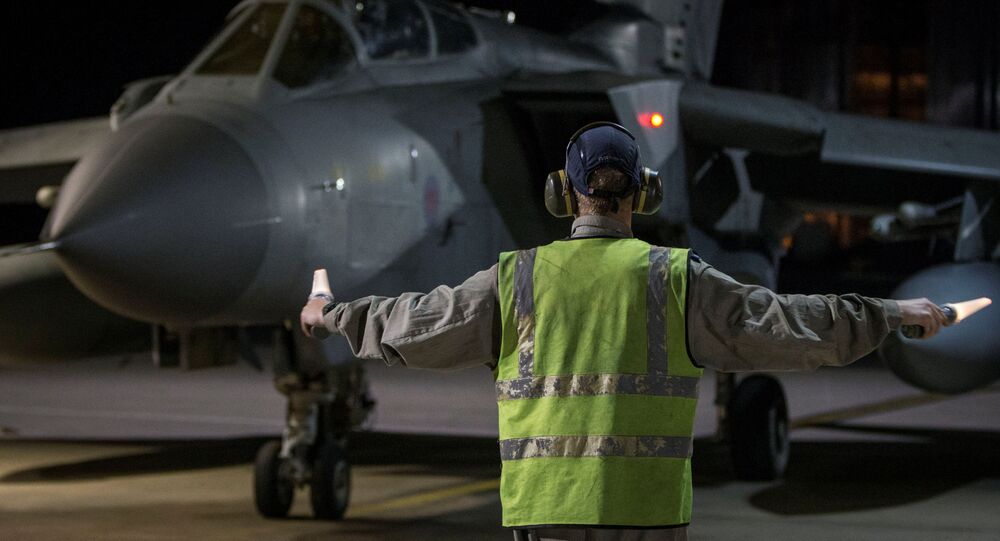 The Pentagon has commented on the US missile attack, which had been conducted jointly with its allies Britain and France, shortly after President Donald Trump hailed the strikes, saying that the "mission is accomplished."

According to Pentagon's spokesperson Dana W. White, the Western missile attack doesn't mean the change of Washington's policy toward Syria.

"We took every measure and precaution to strike only what we targeted, and we successfully hit every target. This operation does not represent a change in US policy, nor an attempt to depose the Syrian regime," White said during a press briefing at the Pentagon.

The Pentagon claims that the US goals in Syria have not changed — it's the fight against the Daesh.

The spokesperson added that strikes were precise, overwhelming and effective.

"We launched these strikes to cripple Syria’s ability to use chemical weapons in the future. Americans are united in condemning Syria’s inexcusable use of chemical weapons which no civilized nation would tolerate. We are encouraged by the support we received from the Senators and Congressmen on both sides of the aisle," White told reporters.

McKenzie noted that the fact that Syria had shot 40 missiles into the air, and they fell down somewhere subsequently, should also be recognized as "a part of the equation."

"Syrian regime knows that we've been looking at these targets for a long time, so it's possible that some people might have left. We also chose to strike at 3 o'clock in the morning — 4 o'clock in the morning local time, so we were not trying to kill a lot of people on the objective. If so, we would have stuck in different time of the day. I believe, however, that there is material and equipment associated with each of this sides that was not movable, and that's what really sets them back," Director of the Joint Staff Lt. Gen. Kenneth McKenzie said.

The US has not seen any military response from actors in Syria after the airstrike, no indication that Russian defense systems were employed during the strike, Pentagon's spokesperson said.

She added that no Syrian weapon had any effect on the US operation.

As the US Department of Defense has claimed, preliminary estimations suggested that the goal of the US operation in Syria had been achieved without major obstacles from Damascus.

© AFP 2021 / ANNE-CHRISTINE POUJOULAT
WATCH Reported Footage of French Fighter Jets Taking Off to Bomb Syria
Dana W. White said that the US was very confident about intelligence, evidence before strike on Syria.

Deconfliction channel with Russia operated routinely before and after strike on Syria, the spokesperson said.

According to Pentagon, operation in Syria was very successful, objectives met, mission accomplished.

We are extremely proud of the U.S. #servicemembers who carried out this operation last night. pic.twitter.com/XThDJEbFB6

Yesterday, United States Forces — at the direction of @POTUS — launched precision strikes against #Assad regime targets associated with the use of chemical weapons in #Syria. pic.twitter.com/xM23YWdYrK

Pentagon said that Syrian forces have lost a lot of equipment, material associated with chemical weapons.

© AP Photo / Hassan Ammar
Pretext for Strike on Syria ‘Obvious Hoax’ - US State Senator Black
Earlier in the day, the United Kingdom, the United States and France launched strikes at Syria over reports of a chemical attack in the city of Douma. According to the Russian Defense Ministry, the three countries fired over 100 cruise as well as air-to-surface missiles.