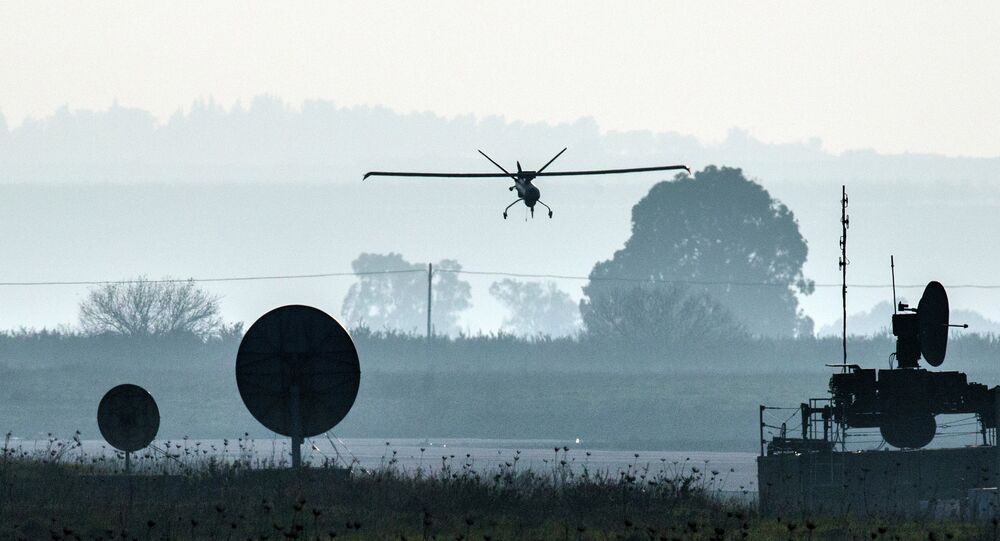 Planes are not allowed to fly below 1,500 meters over the disputed border territories between Syria and Israel till the end of April.

On the morning of April 14 Israel shut down the airspace over the Golan Heights following airstrikes by the US, UK and France on several targets in Syria, the Israeli outlet Ynetnews reported.

At the same time, Israel's Prime Minister Benjamin Netanyahu has also prohibited ministers of his cabinet to comment on airstrikes on Syria and possible consequences, according to the reports of the Israeli TV.

According to another report by the newspaper Yedioth Ahronoth, the Israeli Defense Forces had been alerted on the upcoming airstrikes on targets in Syria beforehand.

Its forces along the northern border had been in increased readiness state. The IDF is concerned that the recent attack can worsen the situation and provoke Iran’s reaction, as Teheran already vowed earlier this week to respond to the previous strike on the Syrian base.

Tensions in the border area, which remains an apple of discord between Tel-Aviv and Damascus, have been growing as the conflict in Syria deepens. The western two-thirds of the Golan Heights (known in Syria as the Quneitra governorate) was annexed by Israel during the Six-Day War in 1967, what had been repeatedly condemned by the UN in 1981 and 2008. The dispute over the territories has not only prevented the states from signing a peace treaty between Syria and Israel, but also provoked tit-for-tat strikes in the border areas. At the same time, the eastern Golan Heights, which remained in Syrian hands, became the target of the al-Qaeda-affiliated al-Nusra Front, as well as Daesh militants and other Syrian opposition forces.

In February an Israeli Defense Forces senior general assumed that the chances of war breaking out in the Golan Heights in 2018 were greater than ever amid ongoing tensions in the Middle East and Iran’s growing role in Syria.

In an interview with Army Radio, the head of IDF operations, Major General Nitzan Alon, said that the victories of Syrian President Bashar al-Assad, who is backed by Iran and Hezbollah, increased the chances of a new war.

Israel has repeatedly accused Iran of stationing military bases in Syria. Tehran has repeatedly denied any allegations of having a base in Syria, as well as conducting military operations there, underlining its cooperation with the country's leadership in the fight against various terrorist groups, including Daesh*, and acts as one of the guarantors of the ceasefire in the Arab republic jointly with Russia and Turkey.

Nevertheless, addressing the nation after ordering a strike on Syria, Donald Trump precisely mentioned Iran, blaming it for escalating the conflict.

“I also have a message tonight for the two governments most responsible for supporting, equipping, and financing the criminal Assad regime. To Iran, and to Russia, I ask: What kind of a nation wants to be associated with the mass murder of innocent men, women, and children?” he said.

Earlier in the day, the US, alongside the United Kingdom and France, launched strikes on a number of targets in Syria in response to an alleged chemical attack in the Damascus suburb of Douma, which they blamed on the Syrian government. Damascus has rejected all the allegations, noting that all chemical stockpiles were destroyed, which was confirmed by the OPCW. No evidence of Damascus's involvement in the reported chemical incident was presented, with a probe due to start on April 14.