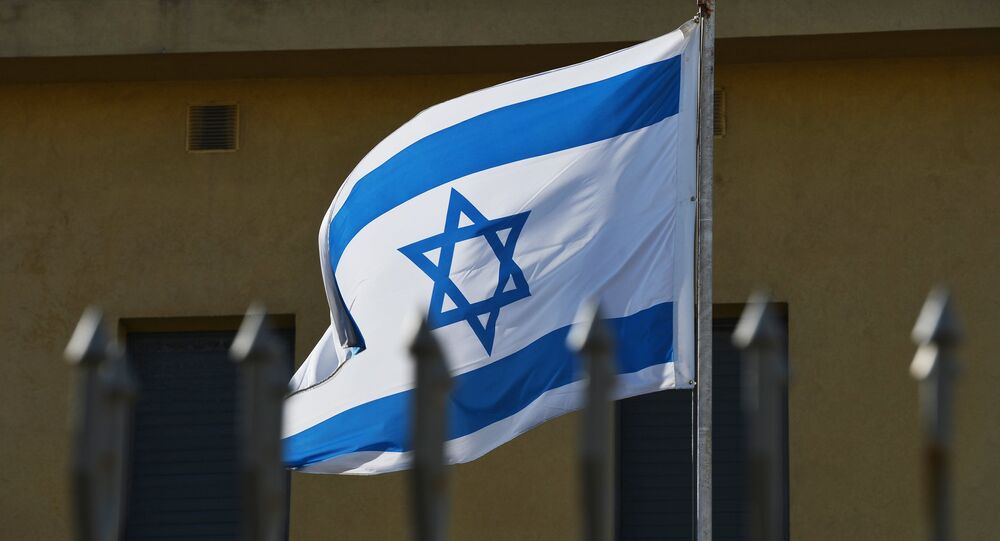 Early on Saturday, the US, the UK and France fired more than 100 missiles from ships and manned aircraft at Syria in response to an alleged chemical attack in the city of Douma, which the countries blamed on Damascus.

"Last year, President Trump made clear that the use of chemical weapons crosses a red line. Tonight, under American leadership, the United States, France and the United Kingdom enforced that line," an Israeli official told Reuters on condition of anonymity.

He stressed that missile strikes at Syria are "justified."

The official went on to say that Syria's "murderous actions" jeopardize the country's territory, forces and leadership.

© AP Photo / Ralph Freso
McCain Supports Strikes on Syria, Urges New Strategy for US in Syria
Earlier in the day, the United States, the United Kingdom and France launched a massive missile strike at targets in Syria in response to an alleged chemical incident in Douma in Eastern Ghouta, which has already been blamed on Damascus despite the fact that the OPCW probe is only due to start today. According to the Russian Defense Ministry, a total of 100 cruise and air-to-surface missiles were launched from two US warships on the Red Sea, as well as from tactical aircraft over the Mediterranean and B-1B bombers from the al-Tanf area. The Russian Defense Ministry says that most missiles launched by the Western states at Syria had been repelled by the Arab Republic's air defense systems.

Relations between Israel and Syria have been strained recently, with the Israeli military conducting attacks on Syrian territory. The latest occurred on April 9, when two Israeli Air Force F-15 jets conducted a strike against the T-4 military facility in the east of Homs province from Lebanese airspace, according to the Russian Defense Ministry. In response to the assault, the Syrian Foreign Ministry said that Israeli attack constituted "an indirect response to the success of the Syrian Arab Army in eliminating armed terrorist groups from the Damascus suburbs and other Syrian areas."

The Israeli attack came in the wake of US and EU accusations that the Syrian government is using chemical weapons in Douma, Eastern Ghouta, after media reported, citing sources among militants, about an alleged chlorine gas attack that, supposedly, killed dozens of civilians. Damascus strongly denied the claims, saying that it had warned that militants in the area had been preparing a provocation, involving chemical weapons' use.