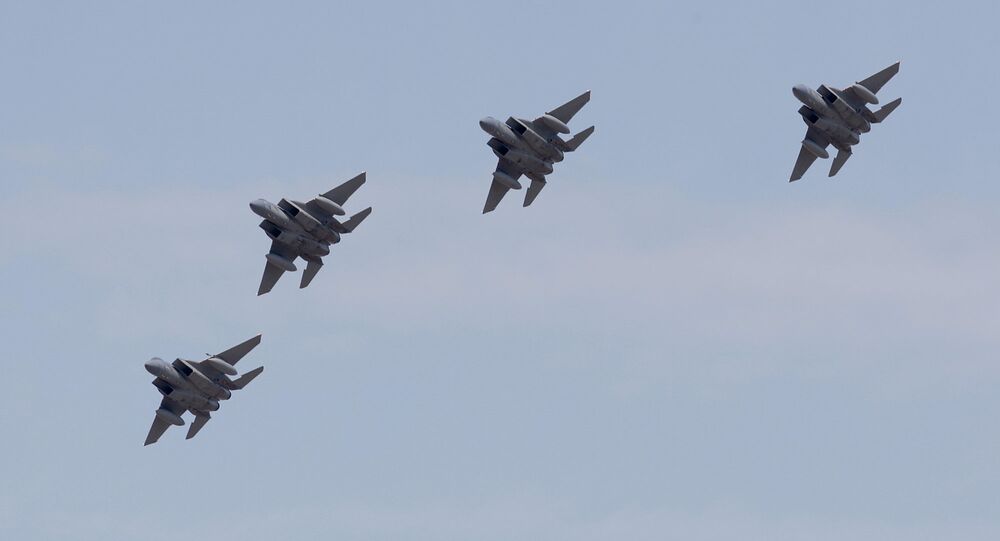 Israeli warplanes conducted a strike on Syria's T-4 air base on April 9, according to the Russian Defense Ministry. Moscow has requested an explanation from Tel Aviv for the move. Speaking to Radio Sputnik, Eyal Zisser, professor for Middle Eastern Studies and vice rector of Tel Aviv University, shared his opinion on the reasons behind the attack.

Sputnik: What prompted Israel to attack Syria's air force base in Homs, in your view?

Eyal Zisser: If it is indeed Israel, and no reason to doubt the reports from both Moscow and Washington and also Damascus, if it is indeed Israel the Israeli message was very clear. During the last year or two Israel [has been] concerned about the Iranian military presence in Syria and Israel said it will now allow Iran to build bases and to establish itself as a military power. There is one thing to send troops to support the regime but there is another thing to establish yourself as a military power in Syria and this is not accepted by Israel and Israel accordingly will attack.

Sputnik: This is the first time Israeli Prime Minister Benjamin Netanyahu did not inform Russia in advance about the planned strike. What are your thoughts on that?

Eyal Zisser: I am sure that there is a full coordination, the dialogue between the leaders is very positive, Israel is very careful not to upset and not to cause Russia any reason for any concern. The channels were open and active information passed. Of course, Israel would never ask anyone for any permission in advance, because this makes your partner that in diplomatic relations is not acceptable, you don't want to turn your ally to a partner in something you are doing. So, I would be very surprised to find out that Israel did not inform the Russian side, not in advance, but when it happened in the necessary and the needed detail. This is a must, I think.

© Sputnik / Iliya Pitalev
A Syrian army soldier prepares the Su-22 fighter jet for a flight at the Syrian Air Force base in Homs province. File photo

Sputnik: Syria is of course a UN member. Do you feel that this attack corresponded with international law?

READ MORE: US Reportedly Confirms Israel Informed It About Strike on Syrian T-4 Base

Sputnik: What measures can Syria take to avoid similar attacks in the future?

Eyal Zisser: Israel's point of view, Israel's message is very clear: First of all, Syria is not in a position to do anything right now because there is a civil war, there are foreign forces on its soil and it's not solely independent to take its position. But Israel said very clearly, I mean, Iran is a country that is threatening constantly Israel and calls for the destruction of Israel. That's why, because of this Iranian attitude, Israel is not ready to accept any military presence of Iranian forces. Israel thinks that it has a say and what it wants is basically, I mean, that the Iranians will leave Syria, will not have any military bases and military presence.

Israeli Air Raids on Syria Since Start of Civil War