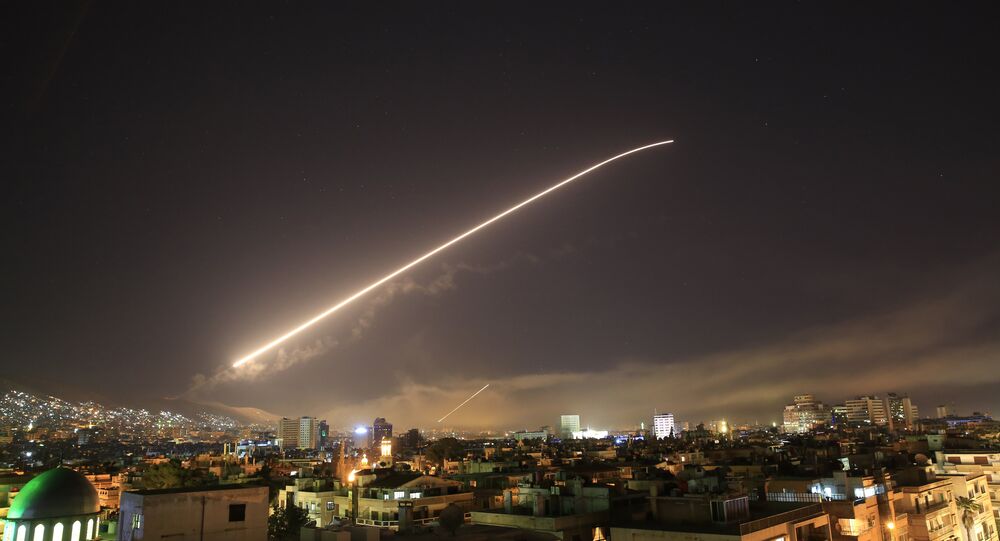 WASHINGTON (Sputnik) - The strikes on Syria ordered by US President Donald Trump are immoral and based on a clear fraud, US State Senator from Virginia Richard Black told Sputnik following the attack.

"US ordered a brutal attack on Syria tonight. Children’s arms and legs will be blown off; Syrian soldiers will be blinded and crippled. The war is a disgrace," Black said on Friday. "How many wars will we fight? I fought for this country, but this war is immoral. It is an unjust war of aggression."

"Syrians wouldn't possibly use gas, since terrorists were quickly surrendering," Black said on Friday after the airstrikes. "Syria certainly wouldn't gas civilians and leave soldiers untouched. It was an obvious hoax."

Black, who personally met with President Bashar Assad during a visit to Syria in April 2016, warned that Trump's increasingly rash actions risk escalating into nuclear war.

© AP Photo / Hassan Ammar
US-UK-France Missile Attack 'Colonialist Aggression' - Syrian Analyst
Russian Foreign Ministry spokeswoman Maria Zakharova said early Saturday that strikes on Syria came as the war-torn country got achance of peace, and underscored that the decision to fire missiles into Syria was taken by the White House based on media reports, information on symptoms of chemical poisoning, photos and videos and other purportedly reliable sources.

Russian Defense Ministry spokesman Maj. Gen. Igor Konashenkov said at a briefing on Friday that the video with the victims of the alleged Duma chemical attack receiving first aid, shared on the social media, was staged. According to the spokesman, the participants of the video were found, and they revealed the truth about the filming.