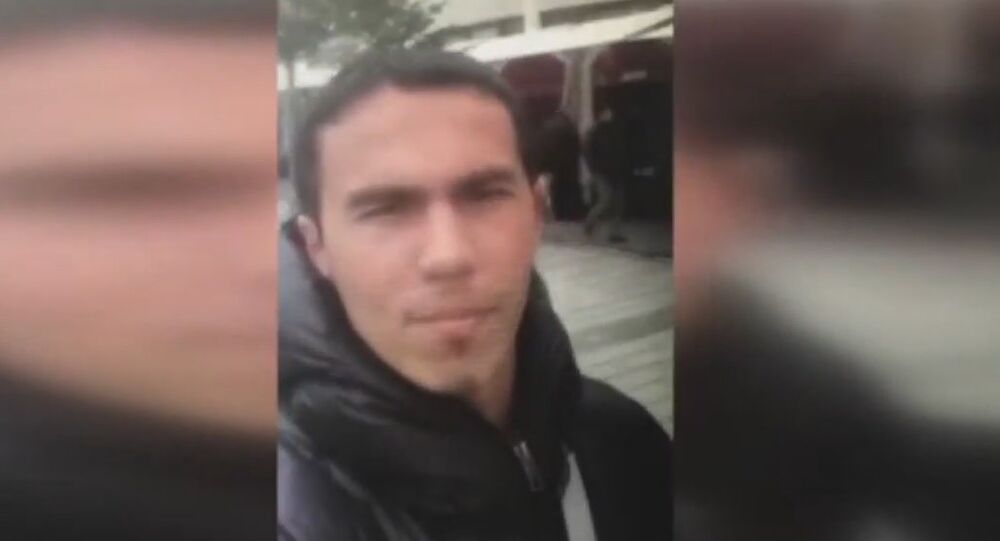 Turkish state media on Tuesday revealed a video of the suspected perpetrator of the deadly terrorist attack at Istanbul's Reina nightclub.

The video appears to be a selfie shot by the suspect himself while he was walking across Istanbul's Taksim square.

© REUTERS / Osman Orsal
Turkish State Media Publishes Photos of Istanbul Nighclub Attack Suspect
On Monday, Turkish media reported that police was suspecting a citizen of either Uzbekistan or Kyrgyzstan-related to Daesh jihadist group was involved in the attack.

The Reina nightclub on Istanbul's European side was attacked during New Year's Eve celebrations by a man who, according to witnesses, was speaking Arabic. The attacker is said to have opened fire from a Kalashnikov assault rifle.

At least 39 people were killed, 69 injured as a result of the attack, according to the Turkish Interior Ministry. So far, 38 out of 39 victims have been identified.

Daesh, a terrorist organization banned around the world, claimed responsibility for the attack.

Since the launch of the investigation, eight people have reportedly been detained.

Between December 26 and January 2, police detained 147 people suspected of links to Daesh terrorist group, with 25 of them put under formal arrest, according to other Turkish media outlets, which cited the country's Interior Ministry.