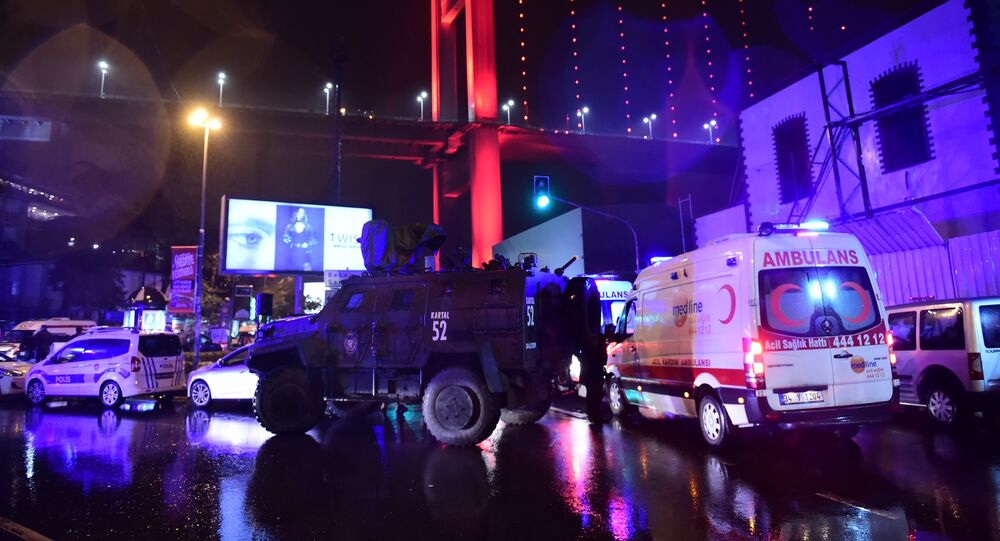 © REUTERS / Ismail Coskun/Ihlas News Agency
Istanbul Nightclub Attack Perpetrator Killed - Reports
In this statement, Daesh claimed that the perpetrator of the attack was its "soldier."

On Sunday, 39 people were killed, including 16 foreigners, and 69 injured in the gun attack in an Istanbul nightclub Reina.

The nightclub is located on Istanbul's European side. Witnesses said that the attacker, who was reportedly speaking Arabic, opened fire from a Kalashnikov assault rifle.

The manhunt is currently underway.

It was reported earlier that the Turkish police has arrested and interrogated 63 Daesh militants in different Turkish cities on December 28-31. They obtained information about a possible involvement of a citizen of Uzbekistan and Kyrgyzstan in the attack.

Istanbul Terrorist Attack Inflicts Injuries on One US Citizen