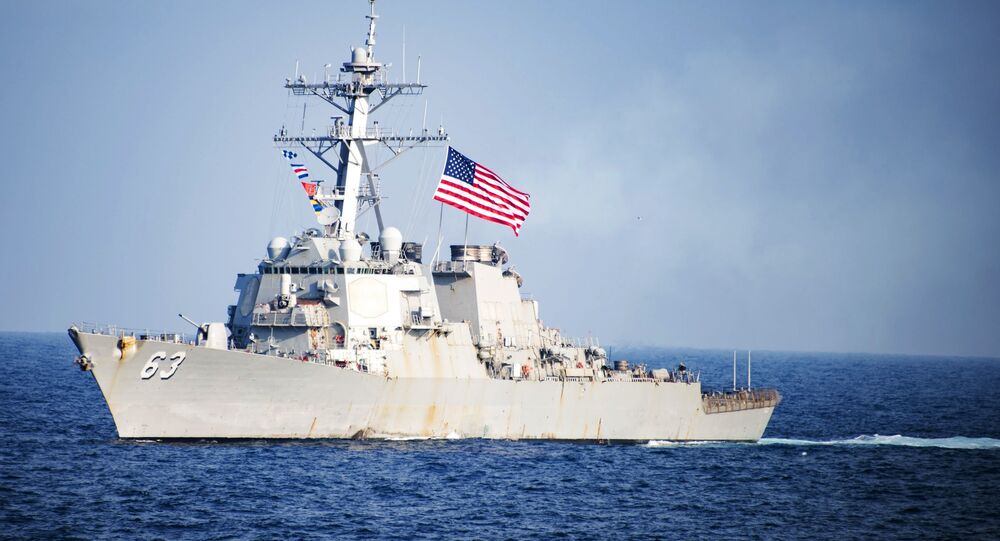 The head of US Southern Command said Tuesday the US Navy was ready to “do what needs to be done” if and when US President Donald Trump gives the order for them to move against Venezuela.

“I won’t speak to details of what we’re planning and what we’re doing, but we remain ready to implement policy decisions, and we remain on the balls of our feet,” Adm. Craig Faller told reporters in Rio de Janeiro on Tuesday. The annual UNITAS maritime exercises began off the Brazilian coast on Tuesday, in which the US, UK, Portugal, Japan and nine Latin American nations run naval drills.

“The United States Navy is the most powerful navy in the world,” Faller continued, according to AFP. “If a policy decision is made to deploy the navy, I’m convinced that we’ll be able to do what needs to be done.”

Faller said the two-week-long sea exercises would “send a message to [Venezuelan President Nicolás] Maduro and other partners that don’t share the same values … Naval exercises send a message to the world of what democracies that work together can do across a range of complex threats.”

Earlier this month, Trump instituted what amounts to a complete embargo of Venezuela, as Washington continues to try and force Maduro, Venezuela’s elected president, from power.

In January, Maduro’s legitimacy was challenged by Juan Guaido, a Washington-backed opposition politician who declared himself the country’s interim president and has mounted three failed coups d’etat against Maduro since then. The US has steadily increased its sanctions on Venezuela since then in a bid to make Venezuelans so miserable as to force Maduro from power in an effort to lower the trade barriers.

So far they’ve failed, and Venezuelans have rallied around their government amid the ensuring siege.

Earlier this week, Faller said SOUTHCOM officials were focused on preparing for “the day after” Maduro leaves office, criticizing countries such as Cuba, Russia and China for continuing to provide support to the Venezuelan government to offset US sanctions. The countries have provided essential food, medicine and trade since the US encirclement began, but US pressure is forcing some of them to step back somewhat, with China announcing over the weekend that US sanctions were forcing it to suspend oil purchases.

A Monday report by Axios revealed that Trump has raised the idea with his advisers of imposing a complete naval blockade of Venezuela’s 1,750-mile coast, only letting in approved shipments of goods.

"He literally just said we should get the ships out there and do a naval embargo,” an administration source told Axios; “prevent anything going in.”

"I'm assuming he's thinking of the Cuban missile crisis ... But Cuba is an island, and Venezuela is a massive coastline. And Cuba we knew what we were trying to prevent from getting in. But here, what are we talking about? It would need massive, massive amounts of resources, probably more than the US Navy can provide," the source said.

However, the Pentagon reportedly doesn’t take the idea seriously. Further, the move could be considered an act of war - one of the reasons that US President John F. Kennedy’s attempted blockade of Cuba in 1962 was so politically explosive.

"We will certainly study the situation related to Washington's boosting of illegal, illegitimate sanctions pressure and attempts to impose a blockade,” Ryabkov said in a statement. “We warn Washington against incautious steps in this sphere.”