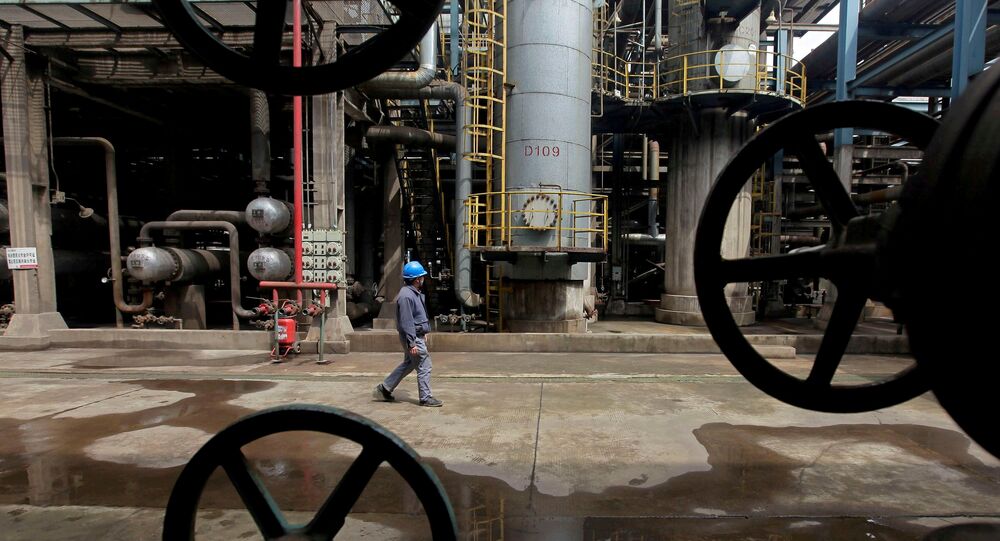 US President Donald Trump ramped up his administration’s sanctions on Venezuela on 5 August, signing an executive order to freeze the Latin American country’s assets in the US, and barring foreign nationals from undertaking financial transactions with the Nicholas Maduro-led government.

China’s largest energy company, National Petroleum Corp., has cancelled plans to directly purchase some 5 million barrels worth of Venezuelan oil this month in the aftermath of the latest executive order by US President Donald Trump against the Latin American country, according to people with knowledge of the situation requesting anonymity, reported Bloomberg.

The three scheduled August oil shipments that CNPC’s subsidiary PetroChina Co. Ltd. backed out of haven’t attracted another buyer yet, according to reports seen by Bloomberg.

This will be the first time in over a decade that PetroChina declines Venezuelan crude.

China has imported 339,000 barrels a day of Venezuelan oil this year, with most of the barrels coming in via PetroChina.

There has been no comment from PetroChina’s press office yet.

Analysts contacted by Bloomberg, however, claim PetroChina’s decision doesn’t signify Beijing will totally reject Venezuelan oil, as other companies can continue to supply China’s independent refiners with the South American nation’s crude, according to people familiar with the matter.

US economic embargo on Venezuela

US president Donald Trump earlier announced a near total economic embargo on the Latin American country, signing an executive order on 5 August freezing all Venezuelan government assets in the US. The move also prohibits foreign nationals from embarking upon financial transactions with the Nicholas Maduro-led government in a spate of White House efforts to pave the way for Juan Guaidó, the opposition leader, to come to power.

John Bolton, the White House national security adviser, who was attending a conference in Lima, Peru, said the order “freezes all of the Venezuelan government’s assets, and prohibits transactions with it, unless specifically exempted” and that it “authorises sanctions on foreign persons who provide support or goods or services to any designated person, including to the government of Venezuela”.

The order will allow case-by-case exemptions under the new sanctions programme that could allow big companies, such as Chevron, to continue operating in the country.

In response to the US move, the Venezuelan Economic Ministry accused Washington of “the most grotesque and brazen looting on record in the recent history of international relations”, adding it was trying “to formalise the criminal economic, financial and commercial blockade that’s already under way”.

The United States has been imposing sanctions on Venezuela since a political-economic crisis erupted in the country in January, after US-backed opposition leader Juan Guaido proclaimed himself interim president in an attempt to oust Nicholas Maduro.

The US and 54 countries have recognised Guaido as Venezuela’s head of state, while Russia, China, Turkey, Bolivia and numerous other countries have acknowledged Maduro as the sole legitimate president of Venezuela.

Trump Says Postponing Tariffs on China Helps Beijing 'More Than Us, But Will Be Reciprocated'