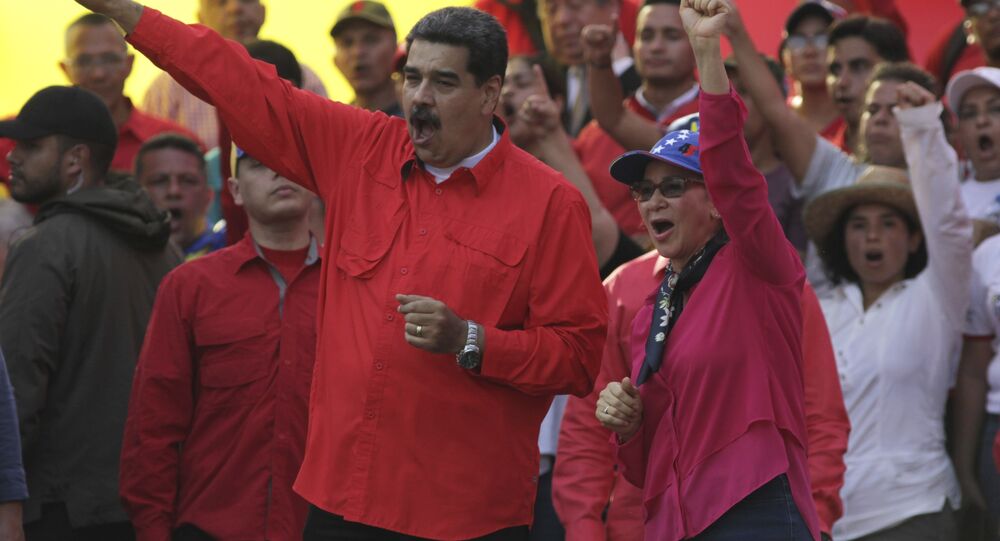 Maduro has also claimed that Figuera "was captured by the CIA a year ago and was working as a traitor, mole and infiltrator."

In a speech broadcast on state television, Maduro said he had full confidence in Defence Minister Vladimir Padrino and Supreme Court chief Maikel Moreno, whom US officials said had been in talks with the opposition about plans to oust Maduro, Reuters report says.

Last week, Guaido made another attempt to depose Maduro, staging a demonstration in front of La Carlota military base in Caracas. Guaido called on the people of Venezuela and the army to take to the streets to complete the operation to overthrow Venezuela's legitimate president.

© Sputnik
Trump Questions Cabinet After Three Failed Attempts To Oust Maduro In Venezuela
In response, Maduro said that the commanders of all regions and zones of integral defence had reiterated their full loyalty to the authorities of the country. Similarly, Venezuelan Defence Minister Vladimir Padrino said Venezuela's armed forces remained loyal to Maduro and the country's constitution.

Soon after the coup attempt, Venezuela's Constituent Assembly stripped seven opposition lawmakers of their parliamentary immunity, charging them with high treason, public conspiracy to violate the law, inciting civil uprising, and usurpation of power, among other crimes. One of the opposition lawmakers Edgar Zambrano was earlier apprehended by intelligence agents and put in pretrial detention at a military jail in Caracas.

Another of Guaido's deputies  Americo de Grazia entered the Italian embassy in Caracas on Thursday, while a third Guaido deputy who was also stripped of immunity — Luis Florido — said that he had fled to Colombia.

Earlier Guaido admitted that he is considering the possibility of foreign intervention in his country in order to achieve his goal of ousting democratically elected President Nicolas Maduro.

Venezuelan President Nicolas Maduro reportedly signed a decree either reducing in rank or expelling dozens of officers, including high-ranking ones, from the country's armed forces due to their involvement in the coup attempt.

© REUTERS / POOL
Pompeo Demands 'Justice' For Guaido's Detained Deputy on Behalf of Venezuelans
The US, Canada, some Latin American and European nations were quick to recognize Guaido as the new legitimate leader of Venezuela and have supported him in his attempts to oust Maduro from power.