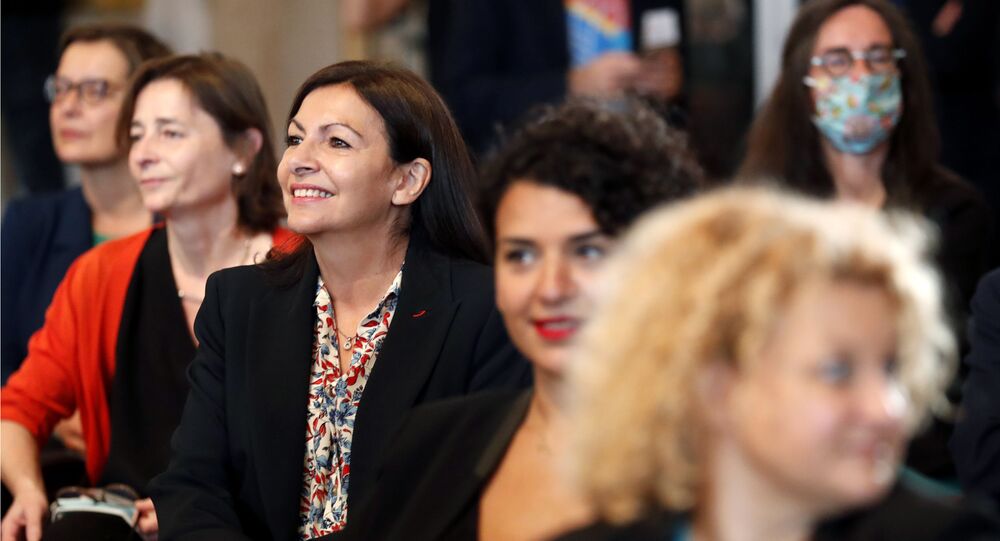 In April 2014, the French capital elected Anne Hidalgo, a member of the Socialist Party, as the first female mayor of Paris. The 69-year-old politician, who from 2001 to 2014 served as the city’s first deputy mayor under Bertrand Delanoe, has been re-elected for another term for the city's top official.

The ministry decision was based on Mayor Anne Hidalgo appointing 11 women to senior Paris city hall positions, making a 69% majority of women, compared to five males.

According to French newspaper Le Monde, the Public Service pointed out that Hidalgo’s office in 2018 violated a rule that indicates that appointments of one gender at leading positions must not exceed 60%.

Responding to the “absurd” ruling, Hidalgo, who is the first woman to hold the post of mayor of Paris, said that she was “happy” and filled with “joy” that her office had been fined for being “too feminist”.

“I am happy to announce that we have been fined,” Hidalgo said during a city council meeting. “The management of the city hall has, all of a sudden, become far too feminist.”

The mayor laughed at the decision and described the fines as “absurd, unfair, irresponsible and dangerous”. She argues that French women should be promoted with “vigour because the lag everywhere in France is still very great.”

Hidalgo promised that she, accompanied by her deputy mayors and the women working in her office, will deliver the fine payment in the amount of 90,000 euros ($110,000), to the government personally.

“Yes, to one day achieve parity, we must speed up the tempo and ensure that more women are appointed than men,” the socialist politician noted.

Since the 2013 rule on gender parity, under which Paris city authorities can be fined, is now repealed, France’s Public Service Minister Amelie de Montchalin, a member of the ruling Republic on the Move party, tweeted that the “absurd” fine was given for the Paris city hall 2018 staffing.

“I want the fine paid by Paris for 2018 to finance concrete actions to promote women in the public service. I invite you to the ministry to discuss them!,” Montchalin wrote, addressing Hidalgo.