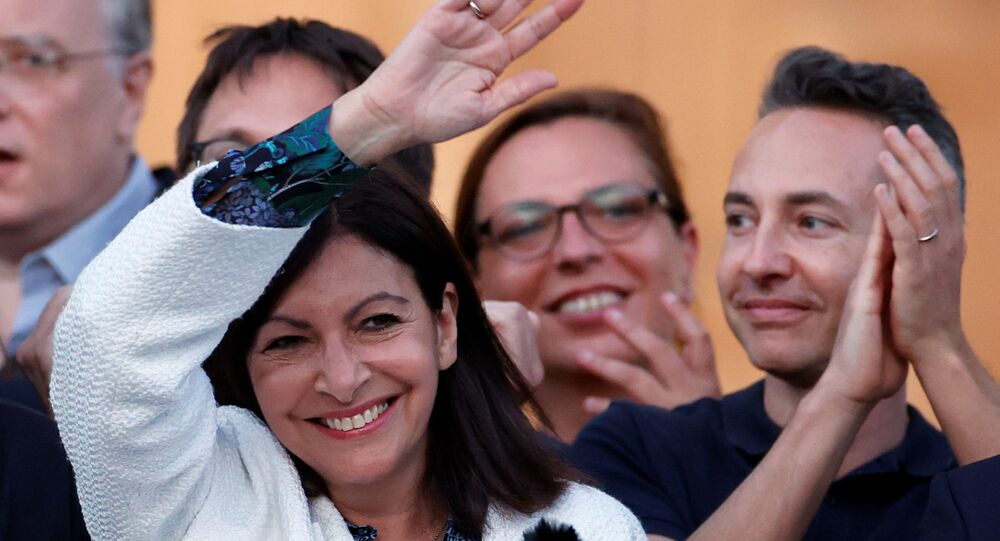 Mayor of Paris Anne Hidalgo Reelected in Second Round of Vote

The first round of the municipal election was held on 15 March, just two days before the country declared a lockdown due to the novel coronavirus (COVID-19).

The incumbent mayor of Paris, Anne Hidalgo, a member of the Socialist Party, has been reelected to the office in the second round of voting.

"Your trust will be our strength. Thank you, Paris!", Hidalgo tweeted on Sunday.

Hidalgo won the second round of vote in alliance with green politician David Belliard. She obtained 50.2 percent of the votes, according to LCI, followed by conservative candidate Rachida Dati (LR) with 32.0 percent.

Agnès Buzyn, a candidate from President Emmanuel Macron's Republic on the Move, came in third by a large margin, getting 16.0 percent of the vote cast.

Polls showed before the election on Sunday that around 49 percent of the voters supported Hidalgo. She has been mayor since 2014 and is known for her eco-initiatives in Paris to combat air pollution, like encouraging cycling and electric vehicle usage instead of general cars.

​In the second-largest city of France, Marseille, Michele Rubirola, candidate of Spring Marseille, has won the election with 39.9 percent of the vote cast, according to France 24. Grégory Doucet, from Europe Ecology – The Greens (EELV), has been elected mayor of Lyon with 50.8 percent of the votes. Jeanne Barseghian, also from EELV, has held on to victory in Strasbourg.

In Nice, Christian Estrosi from the liberal-conservative "Les Republicans" has won reelection, according to his Twitter post.

Another member of the Republicans, Jean-Luc Moudenc, has been reelected in Toulouse.

At the same time, the turnout on Sunday was relatively low at 41 percent, according to Ipsos, most likely due to the coronavirus pandemic.