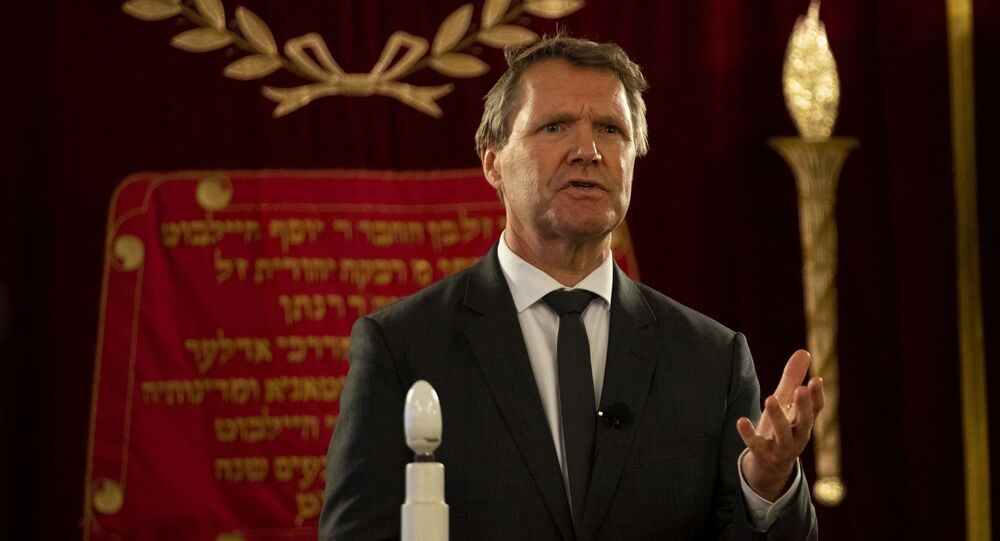 On Monday, the Jewish community will commemorate the 108th anniversary of the so-called Kristallnacht or ‘Night of Broken Glass’, 9-10 November 1938 that saw over 90 Jewish people killed, along with up to 30,000 others arrested, 267 synagogues destroyed, and over 7,000 Jewish businesses damaged across Nazi Germany and Austria.

As Monday marks the ‘Night of Broken Glass’, the tragic night of the 'Kristallnacht' pogrom against Jewish people in 1938, the Dutch Protestant Church on Sunday acknowledged that it did not do enough to help Jews during and after World War II, the Associated Press reported.

The theologian said that the church’s role began long before the Nazi leader Adolf Hitler, who participated in initiating World War II where over 100,000 Dutch Jews — 70% of the Jewish community — were killed, came to power in 1933.

“For centuries a rift was maintained that could later isolate the Jews in society in such a way that they could be taken away and murdered,” De Reuver told the Netherlands’ Jewish community, quoted by AP. “Also in the war years, the ecclesiastical authorities often lacked the courage to choose a position for the Jewish citizens of our country.”

De Reuver also admitted that the church’s recognition of their failure has taken too long, adding, “We hope it is not too late.”

“The church recognizes faults and feels a present responsibility,” the church head said. “Anti-Semitism is a sin against God and against people. The Protestant Church is also part of this sinful history.”

He also said that the church’s guilt went beyond WWII, as it did nothing when Christian families refused to return Jewish children and properties after some parents and owners who had remained alive returned from concentration camps following the end of the war.

“We undertake to do everything possible to further develop Judeo-Christian relations into a deep friendship of two equal partners, united among others in the fight against contemporary anti-Semitism,” said De Reuver.

The Kristallnacht pogrom, or the ‘Night of Broken Glass’, took place on the night of 9-10 November 1938, one year before the start of WWII, in the wake of the assassination of German diplomat Ernst vom Rath in Paris on 7 November by a 17-year-old German-born Polish Jew named Herschel Grynszpan.

In a purported response to the killing, Jewish people were attacked throughout Germany and Austria. Over 90 Jewish people were killed, along with up to 30,000 others arrested. An estimated 267 synagogues and over 7,000 Jewish businesses were destroyed or heavily damaged. Nazi authorities in Germany did nothing to stop the violence against the Jews.

Fatah is Calling Arabs to Prepare for 'The Jews' Graveyard' in Facebook Clip, Israel's Watchdog Says