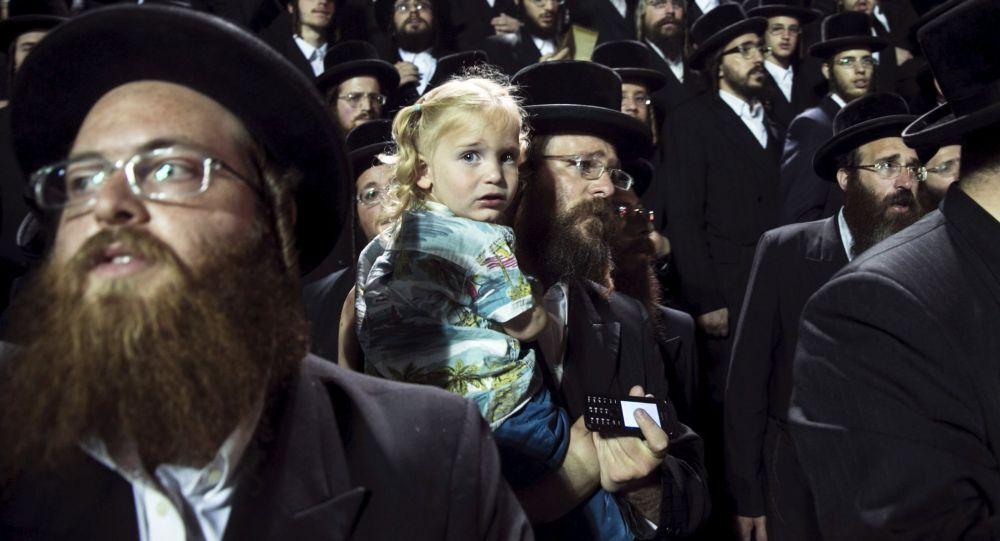 A recent report by the Swedish Defence Research Agency has indicated an incidence of "anti-Semitic stereotypes and tropes" on social media. Thirty-five percent of the posts about Jews turned out to be negative, and a lot of them deal specifically with Jews in power.

Following a report by the Swedish Defence Research Agency (FOI) indicating a proliferation of online theories about Jews wielding influence and power in world politics, the Jewish Central Council has demanded that internet giants ensure such posts are not spread by timely deleting them.

According to the new report from the Swedish Defence Research Agency, "anti-Semitic stereotypes and tropes" are common on social media. Thirty-five percent of the posts about Jews turned out to be negative, and a lot of them deal with Jews in positions of power.

Aron Verständig from the Jewish Central Council said he is "worried" and "saddened" by the report. According to Verständig, the belief in Jewish power is a "mental delusion". He mused that its consequence may be a spike in anti-Semitism and what begins as an internet discussion can easily inspire others to commit acts of violence. "Society must take this incredibly seriously", he stressed.

"This type of study must be used as a tool for the police and decision-makers to place higher demands on those who operate these types of platforms. They have a responsibility not to spread these kinds of dangerous conspiracy theories", Aron Verständig told Swedish Radio, calling for "responsibility".

Verständig stressed that Scandinavia has witnessed growing anti-Semitism based on the notion of Jewish conspiracies and Jewish power, recalling a recent demonstrations on Yom Kippur, considered the holiest day of the year in Judaism, by the neo-Nazi Nordic Resistance Movement.

Major social media platforms already have mechanisms in place to do away with remarks considered anti-Semitic. For instance, British rapper Wiley had his profiles deleted from social media platforms following repeated remarks about Jewish power and money. However, he has since doubled down on many of his comments, including that Jews "run the Earth".

Sweden's Jewish diaspora with roots from the 17th century includes some 20,000 people and is mostly spread across the country's largest cities such as Stockholm, Malmö, and Gothenburg. In recent years it has seen increasing attacks, harassment, bullying, and violence. Prime Minister Stefan Löfven ascribed this partly to the Holocaust falling into oblivion and partly to mass immigration from the Middle East.