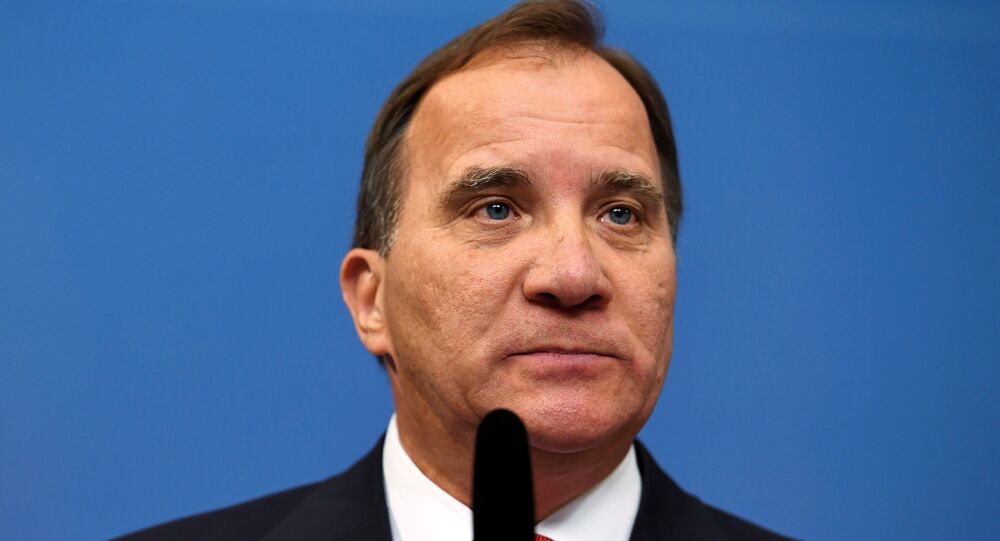 An earlier study established that 51 percent of anti-Semitic incidents in Sweden were linked to Muslim extremists, a dynamic described as “importing a conflict originating in the Middle East”.

In what may be seen as a change of course, Swedish Prime Minister Stefan Löfven has suggested that the rise of anti-Semitism to do has to do with mass immigration from the Middle East.

In an interview with national broadcaster SVT, Löfven lamented the rise of anti-Semitic sentiment across Sweden, which he party ascribed to the Holocaust falling into oblivion. However, he also stressed the influx from the Middle East as one of the reasons.

“It is also so, that we have got people who come from other countries where it is part of the state propaganda to not only be against Israel's politics but Israel as a country. We clearly stand for Israel's right to live in security,” Löfven stressed. “And there, in these countries in the Middle East region, children may learn what to believe already at school. So it's our job to make sure that no, in Sweden you don't do that. It is not acceptable at all”, Löfven said.

In another recent TV-interview Löfven said that “rumblings” from the 1930s were felt in today's Sweden and that Europe must take the threat of Nazism more seriously in order not to let history repeat itself. To combat this development, Löfven proposed educating citizens about the Holocaust and sending schoolchildren to Auschwitz to learn the danger of nationalism.

Meanwhile, already in 2017, 18 percent of all high school students reported a consistently negative attitude towards Jews, compared to 55 percent of Muslim students, the newspaper Aftonbladet reported.

A report by the Living History Forum indicated that Anti-Semitism is more prevalent among Swedish Muslims than the rest of the population in 2017, with researcher Henrik Bachner calling it a “blind spot in Swedish research”. Mass immigration from predominantly Muslim countries has been a key feature of the Social Democrat governments under Löfven. Fredrik Sieradzki at the Jewish Information Centre in Malmö described this dynamic as Sweden “importing a conflict originating in the Middle East”.

In 2015 alone, 163,000 people applied for asylum in Sweden, mostly from the Middle East. According to the Migration Board, Afghans, Iraqis and Syrians were the the most numerous applicant groups in 2015. In addition to asylum immigration, there has been ongoing immigration through family reunion. The total number of residence permits issued during the Löfven era has been fluctuating between 120,000-150,000 per year.

© CC0
Jewish Diaspora in Sweden's Third Largest City Facing Extinction Amid Growing Anti-Semitism
While Löfven himself and his party colleagues often resort to Nazi comparisons and racist allegations against his political enemies to the right of the centre, criticism has been directed against the Social Democrats themselves, not least after members of its youth wing, SSU's Malmö department, chanted slogans such as “Crush Zionism” during the 1 May parade, which were widely perceived as anti-Semitic.

“Stefan Löfven did not notice that, because he was busy warning about the right,” Moderate Party leader Ulf Kristersson said at that time.

In an August 2019 poll by Aftonbladet, 55 percent of Swedes suggested that anti-Semitism has risen in the past years.