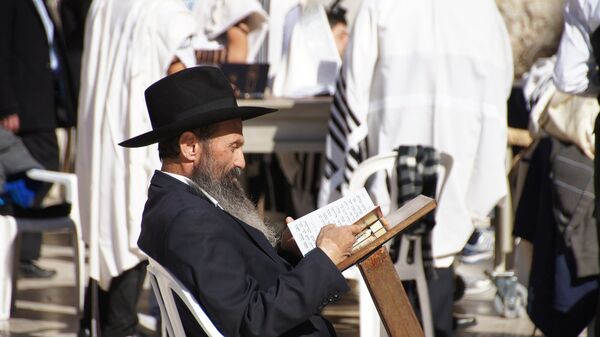 The Jewish diaspora in “Sweden's most multicultural city” has shrunk dramatically over the past several decades, dwindling to only 387 members from about 2,500 in the 1970s.

Malmö's Jewish community is about to disappear from the city in the very near future if nothing is done about the spread of anti-Semitism in the city, the Jewish community has written to Malmö City Hall.

In recent decades, Malmö has been one of the hardest hit by the rise of anti-Semitism, ranging from hateful messages to attacks on synagogues and even stabbings. This has prompted serious measures such as surveillance cameras and extra policing.

The Jewish congregation itself has called the situation “critical”, because its numbers have more than halved in the past two decades alone. In 1999, there were 842 members. In 2009 it was 610 and this year it is 387 members. In the early 1970s, the congregation still had 2,500 members.

“The Jewish congregation will soon disappear entirely if nothing is done drastically. Malmö is already a no-go zone for Jews around the world. When Malmö is mentioned in the media around the world, far too often it happens in connection with anti-Semitism. A Google search for 'anti-Semitism Malmö' yields 215,000 results. Unfortunately, current initiatives are not enough”, the congregation wrote, as quoted by the news outlet Nyheter Idag.

Svante Lundgren, associate professor of theology at Lund University's Centre for Middle Eastern Studies, has attributed the hatred of Jews in Malmö to a long religious conflict in the Middle East, exacerbated by the fact that Malmö has received a large number of immigrants from the Middle East.

“In many Middle Eastern countries, there is strong anti-Semitism, and hence there are people who grow up with it, not just hate against Israel but against all Jews. There is a lot of research on this and what you see then is that some people from the Middle East bring along strongly anti-Semitic views from their home country”, Lundgren told the Expressen tabloid daily.

In its action plan, the congregation describes a picture of constant threats.

“In recent years, the threats and risks have increased dramatically, and many believe that it is only a matter of time before a more serious incident will occur”, the Jewish congregation said.

Before the Swedish state joined in and took care of the policing costs three years ago, the congregation had to bear the costs itself. Alarm agreements still set the congregation back SEK 100,000 ($106,000) per year. According to the action plan, almost no insurance companies are willing to insure the Malmö synagogue.

“Our insurance has more than doubled compared to what we paid a few years ago. Today, it amounts to almost SEK 400,000 [almost $425,000] per year. There is only one insurance company that today is still willing to insure the Malmö synagogue”, the Jewish congregation stressed.

Malmö, which is often hailed as Sweden's most multicultural city due to the fact that 140 languages are spoken there, is on its way to becoming a “minority majority” area. While official statistics put the share of immigrants at over 45 percent of the population in 2018, individual studies estimated that immigrants already outnumbered Swedes at some point in the 2010s. Many of the newcomers belong to the Muslim community, such as Iraqis, Iranians, Bosnians, Turks, and Kurds.

Sweden's Jewish diaspora currently numbers some 20,000 people and is still one of Europe's largest. Yiddish is listed as one of Sweden's official minority languages.