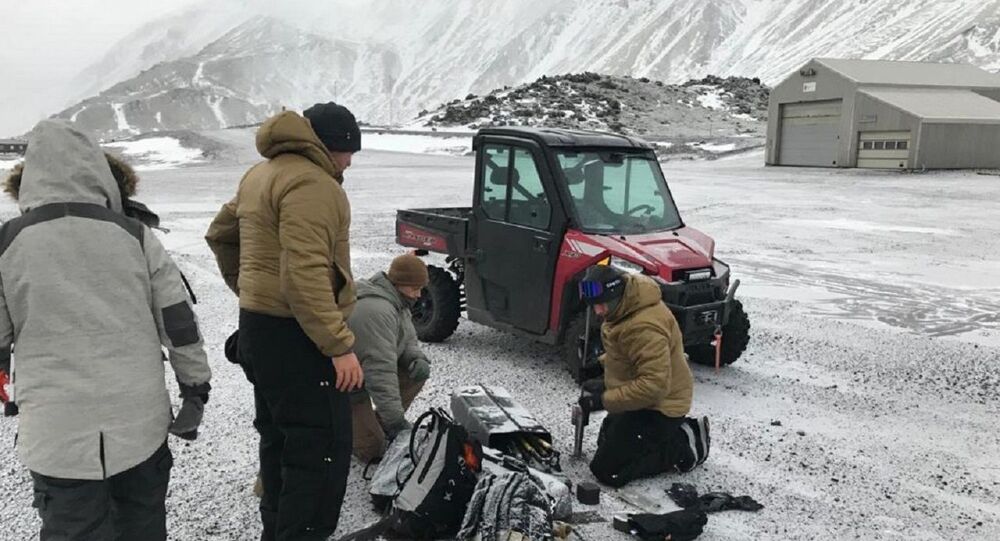 Jan Mayen is a strategic polar island that lies in the middle of the passage between Norway and Greenland. Among other things, the passage is used by Russian nuclear submarines to enter the open Atlantic.

This week, Norwegian Defence Minister Frank Bakke-Jensen will appear before Parliament to answer questions over reported plans to permit US planes to use the airstip on the polar island of Jan Mayen. One of the reasons floated by national broadcaster NRK is that the Norwegian Armed Forces are unable to fully service Jan Mayen, due to its ongoing mission in Mali.

Audun Lysbakken, the head of the Socialists Left party a member of the Parliament's foreign and defence committee, has asked the defence minister to confirm whether Norway has invited the US Air Force to use the island for landing. In his letter, Lysbakken also asked the Defence Ministry what assessments have been made about the US use of the landing strip in relation to Norway's relationship with Russia.

Several scholars and politicians have criticised the plans as ill-conceived and predicted they will draw Norway into a superpower rivalry.

“It is quite likely that Russia will see it as Norway paving the way for an increased US presence and then react negatively. It will most likely help increase the security policy tensions in the north”, senior researcher Julie Wilhelmsen at the Norwegian Foreign Policy Institute (NUPI) said.

Defence College professor Tormod Heier suggested that Norway is being “drawn into a major power rivalry because we cannot manage to stay in our own homes with our own forces”.

“When Norwegian authorities choose the United States, they must reckon with Russia interpreting it as an almost provocative act. It will stimulate more Russian exercise activity further west and closer to the Norwegian territorial border in the Norwegian Sea”, Heier told NRK. According to him, flights from Sweden or Denmark would have been a better solution.

The decision, he argued, also reflects major weaknesses in the Norwegian Armed Forces.

“This shows that Norway is so weak purely militarily that we no longer have the capacity to supply our own crews, whether they are civilian or military”, he stressed.

Andreas Østhagen, senior researcher at the Fridtjof Nansen Institute, argued that US military use of Jan Mayen is a token of increased American interest in the Arctic.

“It must be seen in the context of the US's increased interest and commitment to the Arctic and the Arctic during the Trump administration, where this fits nicely into a number of symbolic and real political actions being taken”, Østhagen said. “If you want to avoid provoking Russia, this may not be the smartest thing to do”, Østhagen said.

Reds party leader Bjørnar Moxnes called for a parliamentary hearing on the matter.

“It is inexcusable to let an unpredictable superpower like the United States to take over military tasks in Norway, which the Norwegian Armed Forces can do just fine. This is especially true in the Northern Territories where this is doomed to increase tensions with Russia”, Moxnes said.

© Wikipedia / Mr. Paul Farley
Norway Opens Up for Nuclear-Powered Allied Submarines' Port Calls Despite Local Resistance
Jan Mayen is a Norwegian polar island located on the border between the Norwegian Sea and the Greenland Sea. Jan Mayen became part of the Kingdom of Norway in 1930 and is not covered by the Svalbard Treaty. Jan Mayen is managed by the County Governor of Nordland, whereas the Armed Forces are responsible for the operation of the airport and other infrastructure on the island. It has no permanent population, but has several dozen temporary residents.
...
Reddit
Google+
Blogger
Pinterest
StumbleUpon
Telegram
WhatsApp
336